‘Unreal round. Something I’ll never forget’ 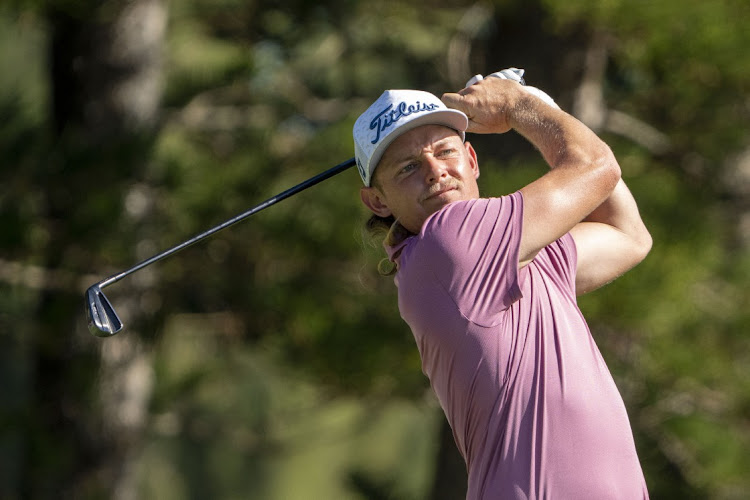 Cameron Smith hits his tee shot on the second hole during the final round of the Sentry Tournament of Champions golf tournament at Kapalua Resort in Maui, Hawaii, on January 9 2022. Picture: USA TODAY SPORTS/KYLE TERADA

Despite notching an incredible, PGA record-low 34-under on a 72-hole par, the Tournament of Champions still wasn’t decided until Cameron Smith’s final hole on Sunday.

But a birdie on 18 wrapped up Smith’s one-stroke victory and a final-round 65 (8-under) for the Australian in Kapalua, Hawaii.

Smith hit eight birdies on the day, including four over the final six holes, to keep his competition at bay.

The win was Smith’s fourth on the PGA Tour. His most recent victory before Sunday was last spring at the Zurich Classic of New Orleans — a team event where, coincidentally, he also earned his first championship.

Smith led wire-to-wire, though he started his final round tied for the lead with world No 1 Jon Rahm.

“Obviously being a leader is not easy,” Smith said. “Restless sleeps. I feel like I spent a lot of time looking at the ceiling in bed this week. But, no, it was really cool. I haven’t done that before. It was nice to kind of see where my game’s at against some of the best players in the world. I’ve been working hard and it’s paid off early in the season.”

Rahm and Australia’s Matt Jones, who had to settle for second and third, respectively, also bested Ernie Els’s previous high-water mark of a 31-under, set at the 2003 TOC. Rahm finished 33-under and Jones was 32-under.

Rahm, who finished with a 7-under 66 on Sunday, birdied his final hole to keep the pressure on Smith, before Smith matched his round. Rahm scored 32 birdies over four rounds, tying another PGA Tour record by Mark Calcavecchia (2001 Phoenix Open) and Paul Gow (2001 BC Open).

“I have every reason to be smiling,” Rahm said. “It’s a bittersweet moment.”

By finishing inside the top two, Rahm held off Collin Morikawa and retained the No 1 ranking for another week.

“My achilles heel on this golf course has been putting and this is the first time I putted good and putted great,” Rahm said. “So hopefully I can keep that going throughout the season and give myself a lot more chances to win.”

Jones added a third impressive performance, firing a scorching 12-under 61 on Sunday, a round that featured two eagles and eight birdies. After scoring a nearly as good 62 on Saturday, that gave Jones a PGA record of his own, the lowest 36-hole score at 23-under.

Patrick Cantlay finished in fourth place at 26-under after his final-round 6-under 67.

Three golfers finished tied for fifth at 25-under. Morikawa shot a 62 on Sunday, Justin Thomas recorded a 65 and Daniel Berger had a 69.

Kevin Kisner fired a final-round 65 to forge an eighth-place tie with South Korea’s Sungjae Im (final-round 69) at 24-under.

While Woods ponders a competitive return,  Ko and Korda look set to resume their rivalry on the women’s tour
Sport
3 weeks ago

Jason Kokrak and Kevin Na win the QBE Shootout in Florida with a total of 183, just one stroke short of the 33-year-old event’s record for 54 holes.
Sport
1 month ago
Next Article