Spaniard says he feels sorry for his unvaccinated rival, who has been denied entry into Australia 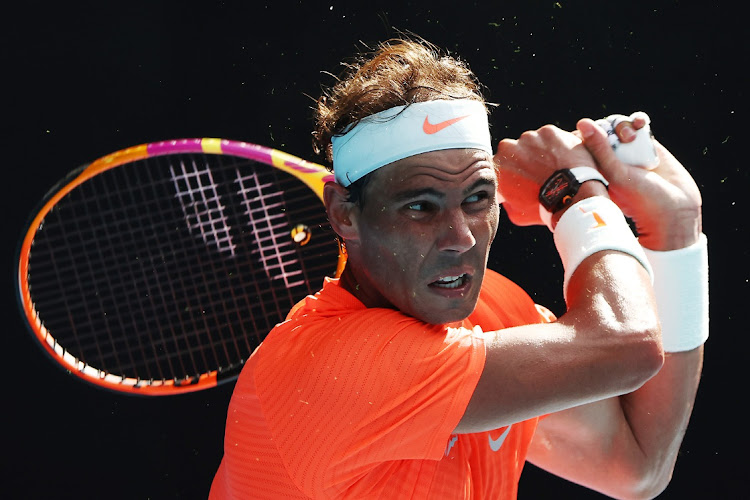 Melbourne — Rafa Nadal said he feels sorry for Novak Djokovic after the world number one was denied entry into Australia but added that the Serb knew for months he could potentially face problems if he arrived without being vaccinated against Covid-19.

Djokovic was detained by officials at the border on Thursday amid a storm of protest about the decision to grant him a medical exemption from vaccination requirements to play in the Australian Open.

The player, who has won nine Australian Open titles including the past three, is holed up in a quarantine hotel in Melbourne as his lawyers seek an urgent injunction against deportation.

“Of course I don’t like the situation,” Nadal told reporters after winning his match at the Melbourne Summer Set ATP 250 tournament. “In some way I feel sorry for him. But at the same time, he knew the conditions since a lot of months ago, so he makes his own decision.”

Nadal tested positive for Covid-19 last month after playing at an exhibition in Abu Dhabi. The Spaniard said he faced a “very challenging” few days.

Djokovic, who has publicly criticised mandatory vaccines, has refused to disclose his inoculation status and said he has been granted a medical exemption to compete in Australia.

Nadal said what has been happening is not good for anyone.

“Seems some rough situation,” Nadal said. “It’s normal that the people here in Australia get very frustrated with the case because they have been going through a lot of very hard lockdowns, and a lot of people were not able to come back home.

‘There should be no special rules for Novak Djokovic at all,’ Australian Prime Minister Scott Morrison says
World
7 months ago

Rules are rules, says Prime Minister Scott Morrison after the tennis player flies in with his vaccination exemption
Sport
7 months ago

It’s a disgrace, says resident after world number 1 gets entry into Australia without a shot or quarantine
Sport
7 months ago
Next Article