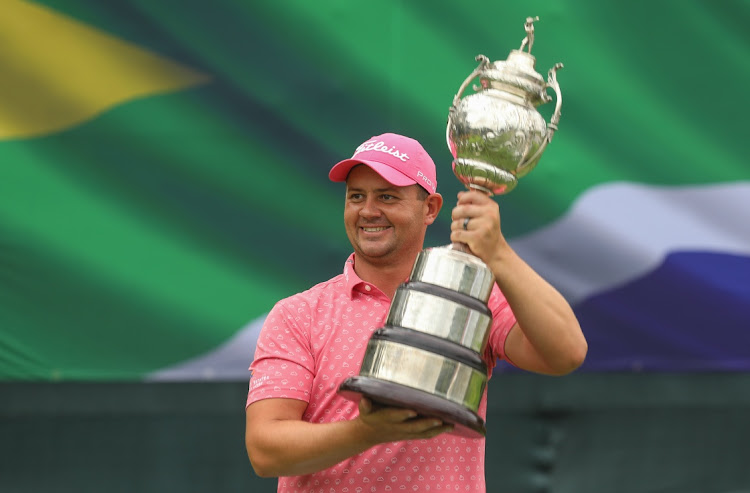 Daniel van Tonder echoed what every SA golfer dreams of when he said: “I can walk around knowing I’m the South African Open champion.”

With his one-stroke victory at the Gary Player Country Club on Sunday, Van Tonder joined the greats of SA golf in adding his name to this prestigious trophy.

“This is a special win. This is the second-oldest Open in golf, and winning it is big. Watching people win, it has always looked so good. And now I can say I’m the SA Open champion,” said Van Tonder.

On an overcast and at times wet Sunday at Sun City, Van Tonder produced a magnificent final round of 65 and birdied the final hole to win on 16-under par.

Oliver Bekker took second place on 15-under with a closing 66, and Hennie du Plessis finished third on 12-under with a final round of 69.

The Freddie Tait trophy for the leading amateur went to GolfRSA national squad member Yurav Premlall, who finished in a share of 30th place on two-under par with a final round of 75.

Sunday morning began with the third round still to be completed, and with Justin Harding taking a commanding four-stroke lead at the end of it.

But Van Tonder held his nerve and began his run with a birdie at the first hole. He turned in three-under for his round and then produced the kind of back nine worthy of a champion as he made four birdies, including two in his last three holes, to take the title.

The win caps a memorable year for Van Tonder in which he claimed his maiden DP World Tour title and played in two Majors for the first time.

“This year has been incredible, but it’s also been long and hard. We’ve been away for six months because of the travel restrictions. So to come back home and to a golf course I love, and win the SA Open, is very special,” he said.

The amateur Premlall was delighted with his Freddie Tait triumph in his fourth appearance in the SA Open.

“I’ve waited a long time for this and it’s something I’ve always wanted. This one means a lot to me,” he said.

The tournament was stripped of its status as a European Tour event last week with the discovery of the Omicron variant of the coronavirus and the subsequent travel ban on the region, which led to a mass withdrawal of foreign players.

The SA Open was first played in 1903 and is the highlight of the Southern Africa-based Sunshine Tour and has been co-sanctioned by the European Tour since 1997.

Golf legend says full-time golf will be too hard, but he would try ‘pick and choose’ competitions
Sport
1 month ago