Turffontein-based horses may have advantage in Summer Cup 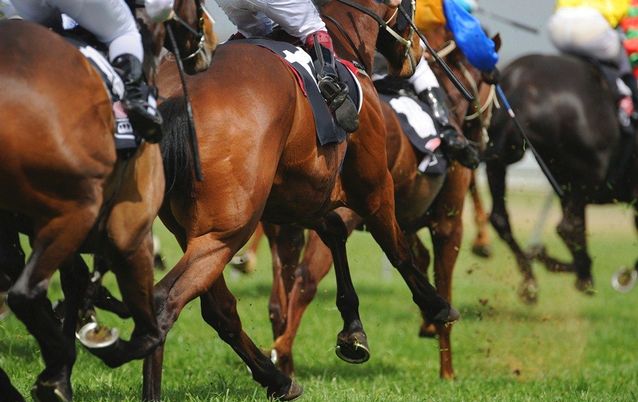 The three-day postponement of the R2m WSB Summer Cup until Tuesday may have tipped the scales in favour of those horses domiciled at the Turffontein racecourse.

The reasoning is that those Cup runners trained at Randjesfontein and the Vaal face two truck journeys in the space of four days.

Two fancied runners based at the city track are Gimme The Green Light and Second Base and the trainer of the former, Joe Soma, feels his charge will have an advantage.

Soma told the Sporting Post: “We are based here [at Turffontein] and that’s an advantage in itself. Other runners are travelling backwards and forwards. So it’s swings and roundabouts.”

Got The Green Light — never beaten over 2,000m at Turffontein — was five lengths adrift in his comeback run in the Steelrode Mile and bookmaker Lance Michael told Business Day last week that he was prepared to lay 7-1 about the five-year-old. That offer was clearly snapped up as Michael had Got The Green Light at 4-1 on Monday with the race sponsors, World Sports Betting (WSB), offering 9-2.

Another fancied runner based at Turffontein is Second Base who has won five of his 14 starts for trainer Johan Janse van Vuuren. No price difference here with both WSB and Michael offering 14-1.

The favourite, War Of Athena, generally 5-2, is trained at Randjesfontein so the 10-time winning filly faces two journeys to the city track. Jockey Muzi Yeni has never won the Summer Cup but feels this could be his year.

Though Dorrie Sham’s four-year-old, Bingwa, is based at the Vaal and faces two trips to Turffontein, the Steelrode Mile winner has shortened dramatically in WSB betting and is quoted at 8-1. Michael is offering 16-1.

Mike de Kock, who trains at Randjesfontein in Midrand, has three Cup runners in Malmoos, Al Muthana and Sparkling Water. The trio also faces two journeys to Turffontein. Malmoos is 9-2 with most bookmakers but 5-1 with Michael.

Several intriguing feature races on the 10-event card are worthy of mention.

The filly that has attracted the most support in the ante-post market is Bold Fortune who is chasing a Turffontein hat-trick. Diego De Gouveia has been in the saddle for the four-year-old’s past two outings and retains the ride.

Dingaans: Also a grade 2 event, with the Tarry stable having a leading candidate in Pyromaniac and De Kock’s three-year-old, Safe Passage, bidding to notch a fourth consecutive win.

However, the big springer in the ante-post market (5-1 the best price) has been another De Kock entry, Aragosta, a progressive son of Rafeef who has won two of his three starts. The only worry is that Gavin Lerena will have to overcome a wide draw.

Judged on the form of that race, Pyromaniac should again have the measure of Pettigrew’s representative, Castletown.