Paul Matchett’s filly, in the hands of Muzi Yeni, is favourite for the Turffontein race on Saturday 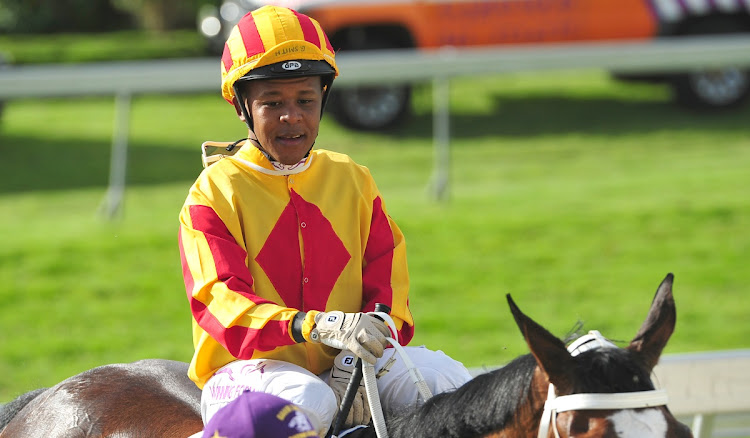 After drawing a favourable barrier, the filly War Of Athena is all the rage for Saturday’s R2m World Sports Betting Summer Cup at Turffontein with the 10-time winner heading the market at 3-1.

When the early favourite, Malmoos, was drawn in pole position his price was expected to shorten, but many punters clearly believe War Of Athena, positioned in stall five, can triumph in the hands of Muzi Yeni.

Though many pundits felt Paul Matchett’s filly deserved last season’s horse of the year award, which went to Rainbow Bridge, the daughter of Act Of War enjoyed an outstanding season. The only worry about the Cup is that she will be taking on males for only the second time.

Bookmaker reaction to the draw has seen slightly different prices from the major players. Lance Michael, who supplies big race betting for Business Day, has War Of Athena at 3-1, while race sponsor World Sports Betting also has the filly at the same price while Hollywoodbets is shorter at 2.86.

Michael’s opinion is always interesting and the following questions were posed on Tuesday.

1. Your view on the Cup. “A lot of dead horses — I feel only six can win and the rest are non-runners.”

2. What is your fancy? “Second Base but I have a lot of respect for War Of Athena.”

3. Which horses do you want to lay? “I don’t like either Malmoos or Got The Greenlight and am prepared to lay 4-1 and 7-1 about them.

4. Is there a possible long-shot winner? “Yes, I feel Seehaam is a great outsider.”

This is an interesting call because Sean Tarry’s mare (45-1 with the sponsors) beat Sparkling Water by five lengths in the Jacaranda Handicap in March. More recently, the five-year-old finished a creditable fifth of 15 (beaten five lengths) by Bingwa in the Steelrode Mile.

Despite being one of the most popular horses on the highveld, Got The Greenlight, the mount of Bernard Fayd’Herbe, is relatively easy to back at 6-1. The five-year-old drew barrier 10, which falls into the OK category, but connections were probably hoping for a single figure number.

Mike de Kock will not know whether to laugh or cry with Malmoos drawn in gate one but his talented filly, Sparkling Water, allotted the worst barrier of 19. The big question is whether relatively inexperienced rider Kabelo Matsunyane will be able to overcome this disadvantage.

Bingwa, badly drawn for the recent Steelrode race, has another wide gate to overcome and trainer Johan Janse van Vuuren will not be happy that his two entries, Second Base and Puerto Manzano, drew 15 and 17 respectively.

His three-year-old Pomp And Power wins the Concorde Cup and he buys 10 lots for R3.2m at a sale
Sport
8 months ago