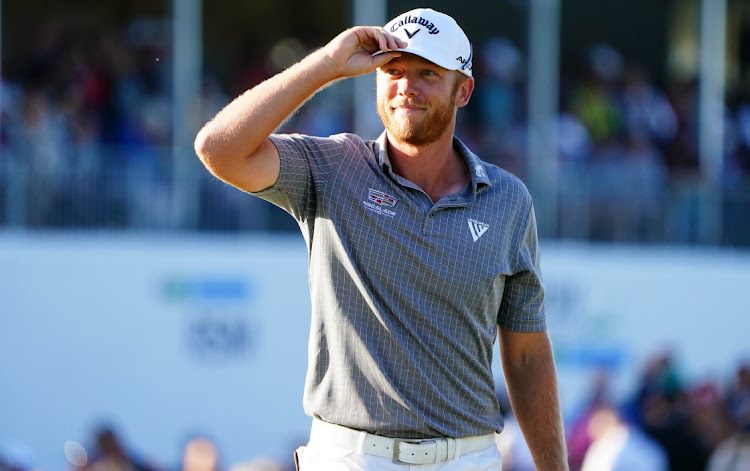 Georgia — Talor Gooch shot a six-under 64 on Sunday to earn his first career PGA Tour title at the RSM Classic at Sea Island.

The 30-year-old Oklahoma State product and Oklahoma native’s best previous finish in the 2021/2022 season was a tie for fourth place at the Fortinet Championship.

He then closed the door on his competition by scoring four birdies on the back nine, giving him a final three-stroke margin on the rest of the field at 22-under 260.

“You never want to feel like you’re digging yourself out of a hole to begin,” Gooch said. “The putter was rolling even though I missed a couple of good opportunities midway through the round, but made a couple good putts early and was able to kind of just keep my foot on the gas all day.”

He consistently gave himself good opportunities by hitting 16 of 18 greens in regulation. The six birdies paired with no bogeys gave him his second 64 in four days.

“Man, it was a great week,” Gooch said. “I played well all week obviously, and today being a crucial day, I had a couple opportunities where things could have taken a turn for the worse and I was able to make some clutch putts. At the beginning of the week, I got with Callaway and we got a new putter in the bag and it worked out pretty good for the week. I made a few putts this week.”

On Saturday Gooch said he welcomed the pressure of the moment. “If you don't enjoy pressure, you’re in the wrong sport,” he said.

Canada’s Mackenzie Hughes finished alone in second place at 19 under after his impressive eight-under 62.

Hughes, who scored his first and only career PGA Tour victory at this event in 2016, recorded five birdies on the front nine, scored a bogey on No 12, and then rebounded with four more birdies among the last six holes.

“I knew it was going to require a low one today and if you told me I would have shot 62 I thought I might be pretty close, but Talor obviously played great this week and deserved to win,” Hughes said. “Looking at my own game, I feel like I’ve been getting better with each week and feel like my game is trending in the right direction, and hopefully sooner rather than later we’ll get one of those wins.”

Colombia’s Sebastian Munoz shot a five-under 65 to finish in third place at 18-under 264.

Four golfers tied for fourth at 15 under, including Tyler McCumber, who fired a sensational ten-under 60 on Sunday.

“I knew I was playing well,” McCumber said. “Like what we talked about, staying patient and it would click. I even was tested this week. I was hitting it close, had a couple good saves, but when I wasn’t saving, I was hitting it really tight and scaring the hole all week, especially on Saturday. Then finally when I made that eagle putt on 15 today on my front nine, the back nine, I was like, man, maybe this momentum and this — maybe it will just shift a little bit for me, I can get them falling and sure enough they did.”

Two golfers, Taylor Moore and Webb Simpson, finished tied for eighth at 14 under. Denny McCarthy and Luke List tied for 10th at 13 under.