Tiger Woods is one such record holder, but by no means the only one 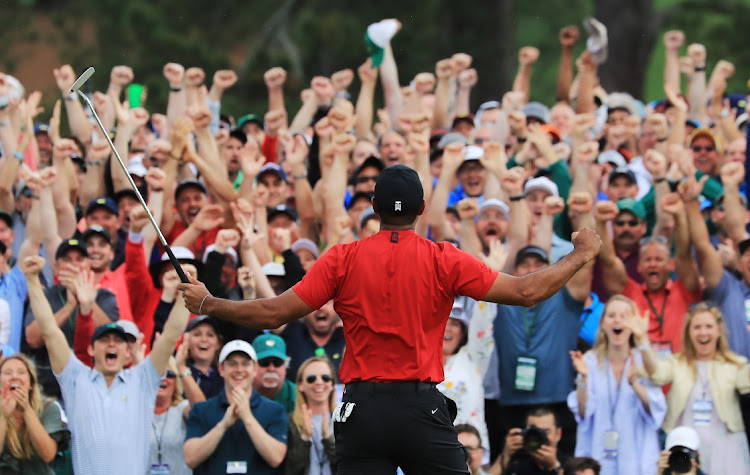 There’s a saying in sport that records are made to be broken, but I’d argue that, as the game has evolved and become even more competitive, golf has its fair number of achievements that are simply out of reach. And no, they are not all owned by a certain Eldrick “Tiger” Woods.

In an average field of 156 players, there are at least 100 players who are capable of winning any given week, and often we see one new face after another pop up in the winner’s circle.

So it’s just about unthinkable that anyone could top Byron Nelson’s remarkable streak of 11 straight victories on the PGA Tour. In 1945, the American played in 30 events, finishing inside the top five 28 times. Woods has come closest to threatening that run, with seven consecutive victories in 2006/2007, but let’s be real — Nelson’s winning streak is safe.

Of course, Woods does own a few records of his own.

Arguably the most impressive is his cut streak. From February 1998 to May 2005, Woods did not miss a single cut — a run of 142 consecutive events. To give you some perspective, the next best is Nelson at 113, while Jack Nicklaus is the only other centurion, with 105.

Jordan Spieth is the active cut streak leader on the PGA Tour, with “just” 19 straight cuts made.

Woods also, unsurprisingly, holds the record for the length of time spent at No 1 in the world ranking. The player spent a total of 683 weeks as the top-ranked golfer in the world — more than double his nearest rival, Greg Norman. That’s a full 13 years at the top. To give you some perspective of his dominance, since the last of his 11 spells at the top in 2013, the No 1 position has changed no fewer than 28 times.

Of course, Tiger has yet to conquer the great Nicklaus’s tally of Major titles — and at age 45, it is highly doubtful he will. Nicklaus’s remarkable record of 18 Majors is likely to stand the test of time — in fact, I’d be surprised if any modern player reaches half that number.

In terms of longevity, Nicklaus holds another mightily impressive record.

The Golden Bear was just 22 when he defeated Arnold Palmer in an 18-hole playoff at Oakmont to win his first Major. Twenty-three years, nine months and 27 days later, he launched a back nine charge that saw him win the Masters at age 46. The record time between first and last Majors is unlikely to be beaten any time soon — though Tom Watson came close in 2009 when he lost a playoff for The Open at Carnoustie. Had he held on to win a sixth Claret Jug at the age of 59, there would have been 34 years between his first and last Major.

The great Bobby Jones completed what many consider to be the greatest golfing feat of all time — winning all four Majors in a calendar year. The only golfer with a Golden Slam, Jones won the British Amateur, British Open, US Open and the US Amateur in 1930. Ben Hogan came close in 1953, but sadly, he was unable to play in the PGA Championship of that year as it bizarrely clashed with The Open.

On the women’s side, when New Zealander Lydia Ko won the 2012 CN Canadian Women’s Open as an amateur, she set a new record as the LPGA Tour’s youngest winner, aged just 15 years, four months and two days. But she didn’t stop there.

Ko won another nine LPGA Tour events while still in her teens. Victory number nine brought a first Major title, the Evian Championship, and with it another record — the youngest Major Champion in LPGA Tour history. I wonder if anyone will ever come close to beating that record …

Some honourable mentions in my list of unbreakable records include one set by Swede Freddie Jacobsen who, during 2015, went an incredible 542 holes without a three-putt — a run of over three months.

Then we have the great Sam Snead, who made the cut in a PGA Tour event aged 67 years, two months and 21 days. Or what about Woods’s record for the largest margin of victory in a Major championship? In 2000, the American lapped the field by 15 strokes to win the US Open at Pebble Beach. Will anyone ever dominate like that again?

Calvin Peete may go down, statistically at least, as the straightest driver of the golf ball. For 10 years, Peete finished top of the PGA Tour’s Driving Accuracy statistics, and in his best year, he averaged 84.55% of fairways hit.

And SA’s David Frost needed just 92 putts (an average of 23 per day) during the 2005 RBC Heritage at Hilton Head. It still stands as the PGA Tour’s four-round record, and nobody has really come close. Ironically, it came after his clubs had been stolen in SA just before the tournament and he had to play with a new bag and a putter he picked up a day before the tournament.