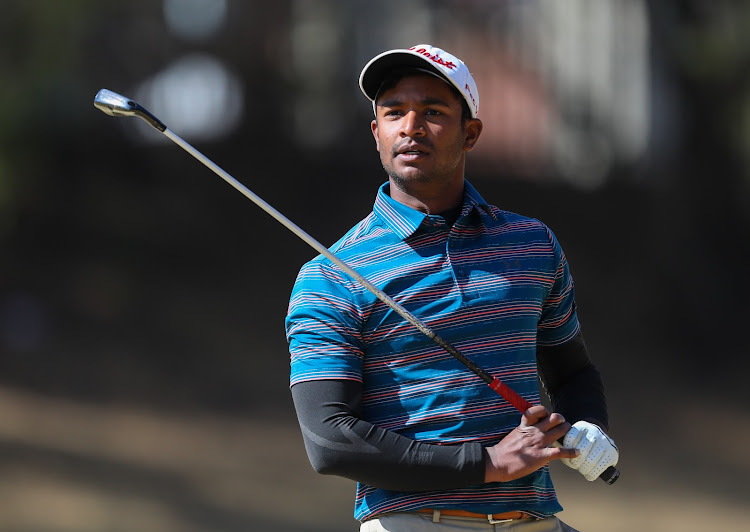 Dylan Naidoo is driven by one very clear goal when it comes to this year’s Joburg Open at Randpark Golf Club, and that is to play well as a “thank you” to an event he feels has given him incredible support in his golf career.

Naidoo returns to SA for this summer more excited than ever to tee it up in the three tournaments co-sanctioned by the European Tour and Sunshine Tour, and starting with the Joburg Open from November 25-28.

The young Johannesburg professional now has playing privileges on three tours including the Sunshine Tour, Korn Ferry Tour and MacKenzie Tour. It has been a year of incredible growth for the former GolfRSA elite national squad member. He says he cannot wait to test out the international experience he’s gained in SA this summer.

“I went overseas to test myself, and I’ve realised my game is good enough to translate onto the world stage. I’m so excited to testing that out in these big events back home,” said Naidoo.

And it is the Joburg Open that he has identified as a tournament he feels particularly strong about performing well in.

“I have such a long history with the Joburg Open. I was a 16-year-old amateur when they gave me an invitation to play in it the first time. So I badly want to do well for the people who gave me that opportunity, specifically the tournament promoter Bongi Mokaba and the whole team at the City of Johannesburg.”

Playing in a field of Sunshine Tour and European Tour stars, Naidoo says he believes his affinity for Randpark’s two championship golf courses as well as a better understanding of his own game gives him a good chance of following through on his plans.

“I think the golf courses set up pretty well for me because I can hit the driver quite a bit, and I’m thinking of adding a bit more club head speed for that week. But most importantly, I feel like my game is in a place now where my ceiling has been raised a lot. I’m really interested to see how far I can go and am very excited about the Joburg Open.”

An added incentive for Naidoo and the rest of the field is that the Joburg Open will mark the official start of the road to the 150th Open in St Andrews.

The R&A (The Royal and Ancient — one of the governing bodies of world golf) confirmed that the Open Qualifying Series for 2022 will begin with the Joburg Open. The leading three golfers finishing in the top 10 and ties who are not already exempt will qualify for The 150th Open next year.