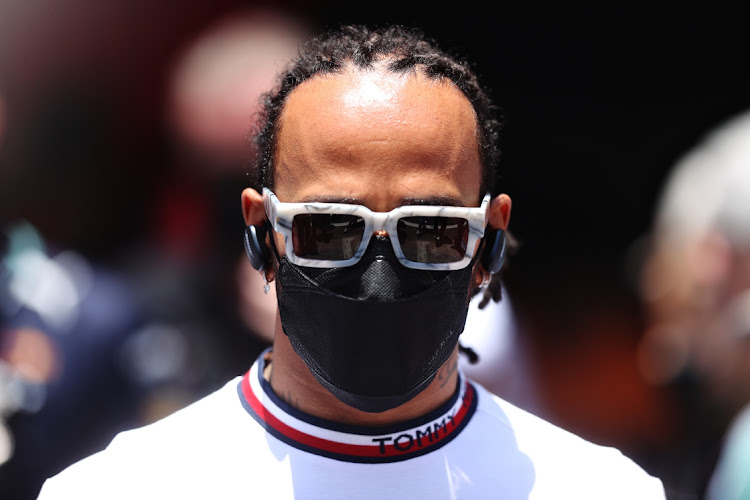 The most challenging of weekends turned into one of the best for Lewis Hamilton on Sunday with a victory in Brazil that brought back memories of another epic win as a junior fighting for his future.

The seven-times world champion went from 20th and the back of the field in a Saturday sprint to 10th on the grid for the Sao Paulo Grand Prix at Interlagos and then to the top of the podium.

Hamilton said his father had reminded him of how in a Formula Three weekend in Bahrain in 2004 he went from 22nd in qualifying to 11th in the sprint to decide the grid and then won the main race.

“After that showing, McLaren resigned me,” he said. “I was fighting for my career at the time. Without them, I wouldn’t have been able to make it to Formula One.”

Hamilton is now fighting for a record eighth title, his victory at Interlagos leaving the 36-year-old 14 points adrift of Red Bull’s Max Verstappen with three races remaining and all to play for.

He said he had gone in “guns blazing” after the Saturday setback and was relentless in passing rivals and hunting down the Dutchman.

“This is what a world championship battle should look like,” he said of Sunday’s scrap, with the pair going wheel to wheel and Verstappen defending with determination until Hamilton finally made a move stick.

“It’s hard battling and I wouldn’t expect anything less really. We didn’t touch wheels, which is good,” he said of the most controversial incident that saw both going off track as they battled on lap 48.

Damon Hill, Britain’s 1996 world champion and former rival of Michael Schumacher, said on Twitter that Hamilton’s performance was “one of the best drives I’ve ever seen in F1. By anyone. Utterly awesome”.

Hamilton, now the winner of a record 101 races, thanked his compatriot for the compliment.

Hamilton said the weekend had been difficult for everyone at the team but he had been inspired by their focus and determination.

“I didn’t know what was possible but I just gave it everything,” he said. “This has been probably one of the best weekends, if not the best weekend, that I’ve experienced probably in my whole career.”

Meanwhile, Hamilton was fined €5,000 after he released his seat belt and collected a Brazilian flag to celebrate victory. A further €20,000 fine was suspended through to the end of 2022.

Stewards had summoned a Mercedes team representative for an alleged breach of the sporting code by their driver. The code states drivers “must be properly restrained in their seat by safety belts at all times during a competition when it is mobile on a circuit, pit lane, special stage or competition course”.

Hamilton had slowed after winning the race to wave at the crowd and collect the flag.

“While the stewards are sympathetic to the desire to celebrate, it is fundamentally unsafe to undo seat belts while the car is in motion,” the decision said. “Slow speeds in these cars are very fast for an unrestrained occupant.”