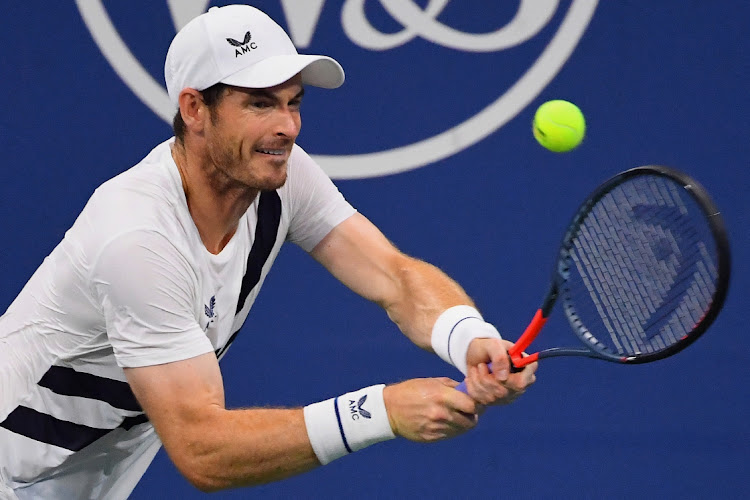 Mumbai — Former world No 1 Andy Murray is convinced he can again compete at the top level after taking down Italian Jannik Sinner at the Stockholm Open on Wednesday for only his second win over a top 10 player in 2021.

The 34-year-old Murray had hip surgery in 2018 and 2019. Since those breaks for injury, the British player has not been able to revive the old form and consistency that brought him three Major singles titles.

Murray, ranked 143rd, secured his first win over a top 10 player in 14 months when he beat Poland’s Hubert Hurkacz in the opening round of the Vienna Open last month.

“I’m convinced I can play ... well, I can. I’m playing at the top level and I’m winning matches against the best players in the world,” Murray told reporters after taking down top-seeded Sinner, ranked 10th, 7-6(4) 6-3.

“The ones that I’m losing, I’m pushing the best players in the world. That argument is finished. I can compete at the top level.” The 20-year-old Sinner is one of the most promising young talents in men’s tennis and he made Murray work hard for the victory in the second round.

“It was a very tough match. He hits the ball huge from the back of the court so there were a lot of long rallies and a lot of running. But it’s probably my best win this season. I want to keep it going now,” Murray said.

“If I want to move back up the rankings and have good runs in tournaments again, I need to win these matches.”

American Tommy Paul, ranked 52nd, will be Murray’s next opponent and a victory will see the Briton reach his first tour-level semifinal in two years.

“I said in the last few weeks, it’s coming,” he said. “I don’t know if it will be this week or the beginning of next year, but I’m going to be pushing and getting deep in tournaments again.”

• Meanwhile, Anett Kontaveit’s sensational late-season form continued as she rolled past Barbora Krejcikova 6-3 6-4 while Karolina Pliskova outlasted Garbine Muguruza 4-6 6-2 7-6(6) as the WTA Finals got under way in Guadalajara on Wednesday.

The 25-year-old Estonian captured the 30-minute first set with an ace out wide and sealed the win when an error-prone Krejcikova sent a backhand into the net on match point.

Kontaveit, who was the final singles player to secure her place in the eight-player tournament, claimed four WTA titles this year to surge to world No 8 and has now won 11 straight matches.

“I managed to win Cleveland, then it just sort of started rolling from there,” Kontaveit said.