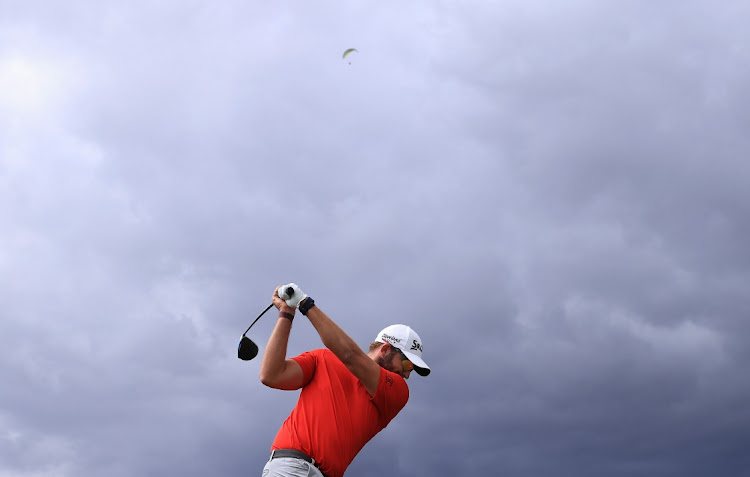 Dean Burmester claimed his second victory this year as he added his name to one of the most prestigious trophies in SA golf when he won the 86th PGA Championship at St Francis Links on Sunday.

Burmester signed off with an incredible final round of 65 — including a front nine of 29 — to win by two shots on 17-under par.

“This is massive. I’ve come close to winning this a couple of times. I’ve always wanted to get my name on this trophy with a lot of the legends of the game, and I had high expectations for this week. I’m just glad I managed to do what I came here to do,” said Burmester, who lost in a play-off for this title to Jaco van Zyl in 2016.

It caps what has been a highly significant year for Burmester in which he won his second European Tour title in May’s Tenerife Open, won the second oldest professional tournament in SA, and recently celebrated the birth of his second child.

“It’s been fantastic and hopefully it can continue and I can show this form in some of the biggest events in the world. I just want to give my family a good life through my golf.”

Pieter Moolman took second place on 15-under par with a closing 66, while former SA PGA Championship winner Louis de Jager finished third on 14-under par, also with a final round of 66. Overnight leader Steve Surry of England took fourth place on 13-under with a 72.

Burmester teed off the final round three shots off the lead and was in sublime form on the front nine as he was six-under through his first six holes and then added another birdie on the eighth to turn in 29. He parred his way all the way to the par-three 17th where he made his only bogey of the round, and then birdied the 18th to secure the title.

“I kind of like getting off to a bit of a flyer like that. I played flawless golf and the putts went in on that front nine. They didn’t drop on the back nine though. I pushed the par putt on 17, expecting it to break because that green slopes so much, so I don’t know what happened there. But fortunately the golfing gods were looking over me on the 18th.”

The Sunshine Tour now prepares for its major European Tour co-sanctioned events, beginning with the Joburg Open at Randpark Golf Club from November 25-28.