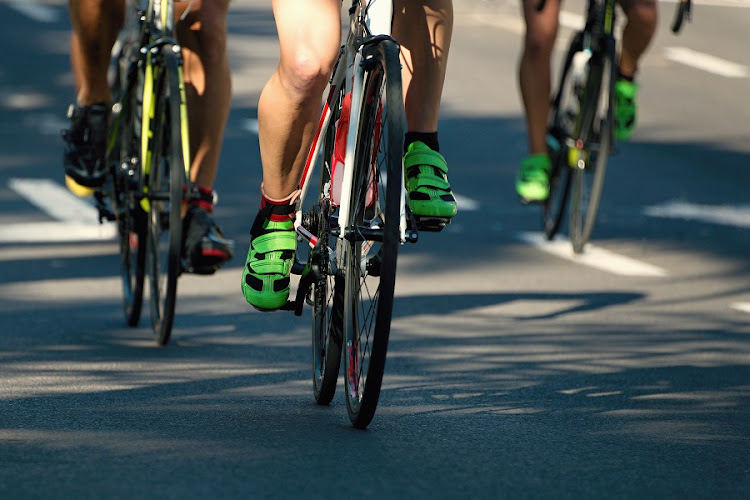 A friend on a cycling WhatsApp group took the Mickey out of me this week: “How do you know Kevin rode the Epic?” The answer? Like boys who go to Bishops, I’ll tell you I rode the Epic.

Finishing the Absa Cape Epic in 2012 is the singular athletic feat of which I am most proud. I drop it into cycling conversations at the click of a gear. My Epic race plate — 112-2 — is nailed to the door of the Man Cave outside. My medal is framed and hangs inside the Man Cave. My rider wristband is in the drawer of my desk.

I kept the Oakley Radars I wore. They were given to me the day before the race by Oakley to wish me luck and to match my Team Absa kit. Absa made us fan cards so we could sign autographs for our, er, fans. I got the rest of the team to sign one for me.

Elana and I spent a decent amount of time at the back of the field. She was quick up hills, being able to spin the hell out of her bike, but, this being her first mountain bike race ever, she wasn’t so great on the technical stuff. On the first stage around Robertson, I was riding behind her on a downhill when she lost control. Her bike hit a small rock and then another and bucked her off. I stopped and helped her up. She had tears in her eyes. I hugged her and told her she was okay.

Near the end of that stage, close to the final water point at the Van Loveren wine estate, my front wheel hit a rock or a dropped bottle concealed by dust on a downhill at about 30km/h and I came down hard, hitting my head on the ground. As I sat there, two Scots rode past and asked me if I was okay. I told them I always liked to have a lie down during hard stages.

My helmet was cracked and my kit torn. Later, Elana and I sat beside each other in the medical room, laughing at the daftness of what we were doing. After the Epic she mailed me to say that if I hadn’t picked her up and comforted her, there was every chance she might not have wanted to go on.

I can remember most of each day and night of that Epic. The wind on the third stage, the rain on the fifth, the crash on the climb to Charlie’s Heaven. Jack breaking a chain. Hugging a tree in the single track in Oak Valley to stop from falling. Cursing up a storm most days. Being given a beer by Hans, from KTM, my bike sponsor, and Rita, from Absa, on the finish line at every stage. I remember holding a beer in each hand at the finish in Oak Valley and not being able to unclip, and falling over slowly in front of the late Burry Stander. He tweeted: “Drunk rider falls at line.”

I remember the last stage, when Jack turned to me and congratulated me with 5km to go. It was all but over. There was no more climbing. I told him he was wrong. There was still 300m of climbing to come. I got it wrong. Jack was right. I rode a bit ahead of him and had a little cry. We laughed and talked and cried as we rode to Lourensford that day. It was the grandest of days.

How do you know I rode the Epic? I just told you I did.