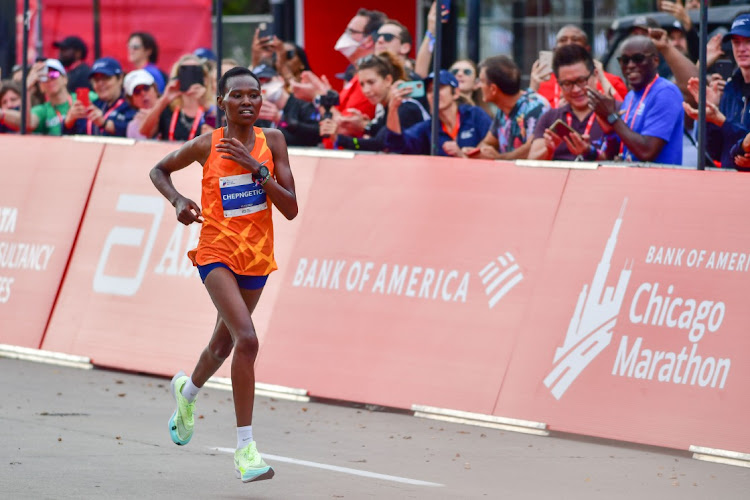 Ruth Chepngetich approaches the finish line in the 2021 Chicago Marathon in Chicago, the US, October 10 2021. Picture: MATT CASHORE/USA TODAY SPORTS

Chepngetich, who won gold at the 2019 world championships, went out fast, securing a 27 sec lead through the first 10km and never let up, finishing 1:49 ahead of second-placed American Emma Bates.

It was the first big title for Tura, who held off 2017 champion Galen Rupp through the final stretch to finish 23 sec ahead of the American in 2:06:12.

Tura’s compatriot Shifera Tamru got the men's race off to an aggressive start, leading by a 15 sec margin through the first 15km but he faded to finish fifth.

The temperature hovered around 22.8°C when the elite field started, as the marathon returned this year after being cancelled in 2020 due to the Covid-19 pandemic.

It is part of a tight autumn racing schedule, with two other world marathon majors — in London and Boston — pushed back from their usual April dates to October 3 and October 11 respectively.