It should be a strong competition and whoever gets there in the end, deserves it more, says Norway’s Casper Ruud 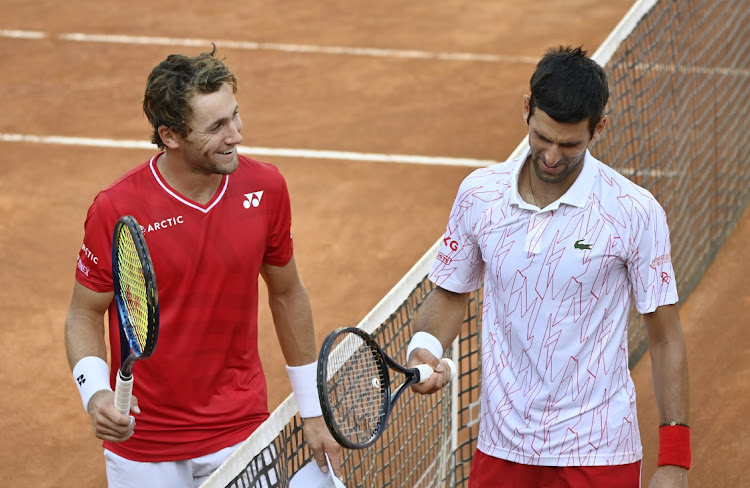 Berhampore — Norway’s Casper Ruud and Jannik Sinner of Italy have moved up in the leader board in the race to qualify for the season-ending ATP Finals in Turin by winning tournaments in California and Bulgaria.

Ruud, 22, picked up his first tour-level title on hard courts on Sunday when he swept past Cameron Norrie 6-0 6-2 at the San Diego Open to reclaim eighth place from Hubert Hurkacz.

Hurkacz, who picked up his third tour-level title in 2021 in Metz, France, slipped to ninth with Sinner 10th on the list.

“I know that now I will jump up to eighth and it’s fun because Jannik [Sinner] and Hubert are the closest guys behind me,” Ruud said. “Within these two weeks we’ve all won a tournament so it’s a strong competition now. I think us three are the closest to capturing the last two spots.”

Sinner defeated Gael Monfils 6-3 6-4 to defend his ATP 250 title in Sofia and boost his chances of making the cut for the season-ending tournament in his home country.

The ATP Finals is played between the top eight men’s singles players and doubles teams and will be held from November 14 to 21.

Spaniard Rafa Nadal is placed seventh but the 20-times Major winner has already announced the end of his season due to injury.

“Obviously, there are some big events that will be played now — Indian Wells, there’s 1,000 points on the line — also Paris and Vienna,” Ruud said.

“There is no way I can kind of relax and think that I will make it because I have to try to think that Hubert and Jannik can both do really well, so I have to do the same. That’s how it should be. It should be a strong competition and whoever gets there in the end, deserves it more.”

Two-time Major winner Garbine Muguruza has bolstered her chances of qualifying for the WTA Finals with a comeback victory over Ons Jabeur of Tunisia to claim the Chicago Fall Tennis Classic title.

The Spaniard, a former world No 1, was down a set and a break but fought back strongly to beat Jabeur 3-6 6-3 6-0 to claim her second title of the year and ninth overall.

The victory helped Muguruza climb two spots to No 6 on the Race to the WTA Finals leader board and three places on the women’s rankings.

“Making finals is so hard,” the 27-year-old said. “I’ve been around for quite some time now and I know that winning titles is something very difficult.”

Defending champion and top-ranked Ash Barty, world No 2 Aryna Sabalenka and French Open champion Barbora Krejcikova have all qualified for the tournament.

The finals were moved out of China’s Shenzhen after last year’s event was cancelled due to the Covid-19 pandemic and will be held in Guadalajara, Mexico.

“I know it’s going to be very nice over there because Latin people are fire,” Muguruza said. “I think the girls are going to enjoy it.”

Jabeur, who is looking to become the first Arab woman to qualify for the WTA Finals, was ninth on the leader board.

Teen tennis sensation enters the tournament as Barty, Osaka and Williams sit it out
Sport
10 months ago

Emma Raducanu, the British 18-year-old who has changed the landscape of world tennis, has a Chinese mother and a Romanian father
News & Fox
10 months ago
Next Article