Argentina shrug off Schwartzmann defeat to progress to next round 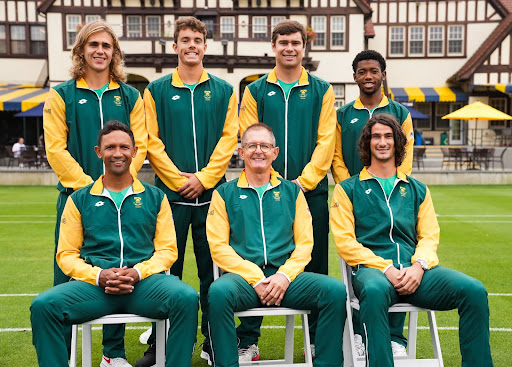 SA coasted to a convincing victory without dropping a set in their two-day Davis Cup World Group 2 tie against Venezuela at Forest Hills Stadium in New York.

Replacing regular doubles player Ruan Roelofse on Sunday, Lloyd Harris joined Raven Klaasen in the third match of the tie, wrapping up the win with two fixtures to spare.

With Harris and Philip Henning having won their singles matches the day before, the in-form SA No 1 paired up with Klaasen as they romped to a 6-2 6-4 triumph over Dimitri Badra and Luis David Martinez.

“Once we went 2-0 up we tried to be as clinical as possible in finishing the tie,” Harris said. “I’ve been playing a little more doubles [on the ATP Tour] and we haven’t played together before, so we thought it was a great opportunity to get a match under our belts.”

Roelofse went on to defeat Badra 6-4 7-6(5) in a dead rubber clash that was initially scheduled as a reverse singles contest, with the SA team earning a 4-0 victory.

New SA captain Christo van Rensburg was delighted with their dominant performance in his first tie in charge.

“It was great to see that when we found out what each player’s weapons were, we could focus on that, and we kept telling ourselves the things we do well, we’re going to keep doing as well as we can.”

Members of the national squad will now revert their attention to their individual careers before they regather for the 2022 Davis Cup World Group 1 promotion playoffs, as they look to climb back up the global ladder in the international team competition.

“I spent time as a youngster watching the older guys play Davis Cup, and they set the bar for us, but we’re trying to leave our own mark on the competition for SA,” said Klaasen (38), who has turned out in 20 Davis Cup ties since 2009.

“Every time we play a tournament, we represent SA, but this is nice because you actually put on the green and gold, and to have a team around you is a fun aspect of tennis.”

Meanwhile, Diego Schwartzman shrugged off a surprise defeat in his opening match to ease Argentina into the qualifiers on Sunday, sealing the winning point against Belarus. The world No 15 was beaten by junior player Daniil Ostapenkov in Saturday’s opening match but rebounded on Sunday to beat world No 1,233 Alexander Zgirovsky 6-1 6-2.

Argentina had forged 2-1 ahead by winning Sunday’s doubles rubber as Horacio Zeballos and Maximo Gonzalez were made to work hard by Ostapenkov and Erik Arutiunian, winning 5-7 6-2 6-2.

The South Americans will now go forward to the qualifiers in February hoping to seal their place in the 2022 finals, having appeared in the inaugural edition in 2019.

“I don’t know if it was revenge, because it didn’t erase what happened to me on Saturday,” Schwartzman said. “But I enjoyed winning the final point.”

The Netherlands also made it through to 2022’s qualifiers as they won their World Group 1 tie against Uruguay.

Wesley Koolhof and Matwe Middelkoop sealed their passage with a doubles win against Ignacio Carou and Martin Cuevas, giving the Dutch an unassailable 3-0 lead.

Brazil are also through to the qualifiers after seeing off Lebanon.

The 2021 Davis Cup finals will take place in Madrid, Turin and Innsbruck in November, with the two finalists automatically qualifying for the 2022 finals.

The other 16 teams will enter the qualifiers along with the teams progressing from World Group 1.  With Tennis SA