Big names, including SA’s best, are lined up for the race in East London in October 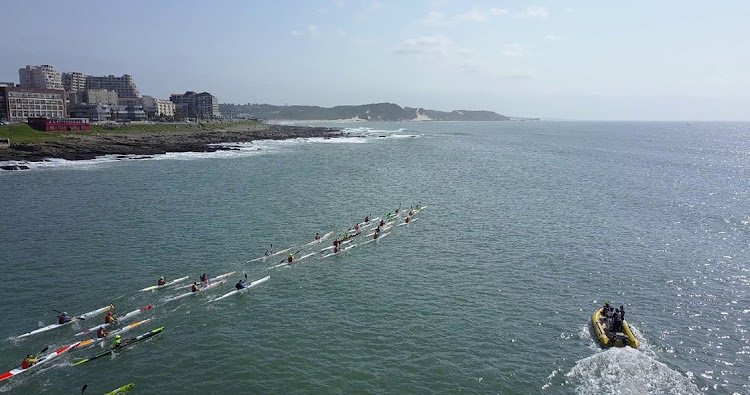 East London — The four SA paddlers who raced onto the podium at the World surfski championships in Ireland at the weekend have all confirmed their entries for the Pete Marlin surfski race in East London on October 30-31, turning up the heat on an event that already has a reputation as one of the most competitive on the calendar.

Andy and Nikki Birkett of East London have both entered, and Andy has confirmed his double ski entry with 2019 winner Nicky Notten.

Michelle Burn will return to Border to defend the title she won in 2019. With the added weight of the global title she grabbed in Lanzarote in the Canary Islands, she will be the paddler the other elite women destined for the Pete Marlin will want to beat.

Bunnett adds intrigue to the women’s race. She has been racing abroad more than any other female surfski racers this year, having challenged the world’s best in Lanzarote and then racing to  silver medal finishes at the European Championships in France and again at the Spanish Championships in Castellón, followed by a win in the women’s doubles race with Sara Uki.

Durban under-16 star Valmajean Hockly has also added her name to the Pete Marlin entry list, hot on the heels of her podium finish in Lanzarote.  However, her older sister Saskia, winner of the junior world crown, won’t be racing in East London because she will be preparing for her matric exams.

But new men’s world champ Nicky Notten is confirmed for the Pete Marlin, where he will feel the same pressure as Michelle Burn, coming in as defending champion and holder of the world title as well.

“Our list of men’s and women’s winners of the Pete Marlin reads like a whose-who of paddling, with athletes who have won multiple world titles in marathons and most of the world biggest surfski races,” said race committee head Charl van Wyk.

“The results from Ireland on the weekend really excite us as it proves  once again the field that will line up for the Pete Marlin will certainly grab the surfski world’s attention,” he added.

Event will be a chance to unwind after defending their livelihoods, multiple winner says
Sport
1 month ago