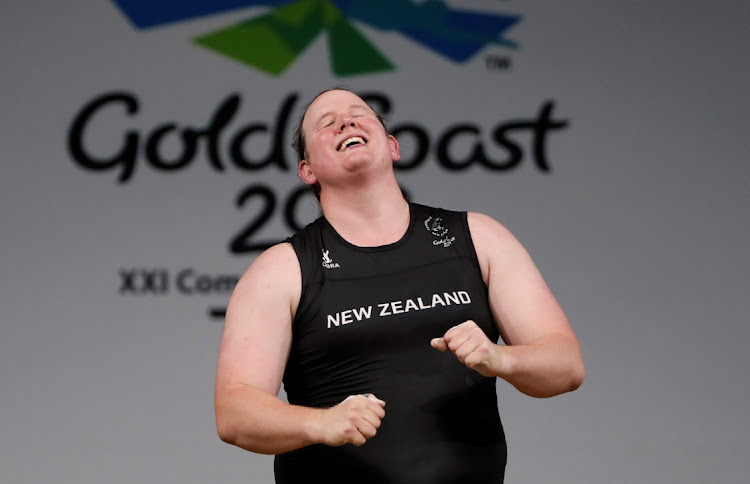 London — New Zealand weightlifter Laurel Hubbard will become the first openly transgender woman to compete at the Olympics when she takes part in the women’s super-heavyweight 87+kg category at the Tokyo Games on Monday.

Hubbard’s participation is fuelling a fierce global debate about whether trans women should be allowed to compete in women’s sporting events, and — if they are — what the rules should be.

Also in Tokyo, footballer Quinn, who uses only one name and is trans and non-binary — identifying as neither male nor female — is participating with Canada’s women’s soccer team.

The trans sport debate has been at the heart of a culture war in the US between conservatives and supporters of US President Joe Biden’s push for greater LGBT+ inclusion.

Why has controversy grown?

As more people come out as trans, the participation of trans women in women’s sport has increasingly been called into question, including by well-known sports stars such as tennis champion Martina Navratilova.

Hubbard, who will be the oldest lifter at the Games at 43, competed in men’s weightlifting competitions before transitioning in 2013.

Two years later, she became eligible to compete at the Olympics in women’s events in line with guidelines issued by the International Olympic Committee (IOC).

The IOC currently advises sporting bodies to let trans women athletes compete in women’s events if their testosterone levels remain below a certain threshold for at least a year. Trans men face no restrictions.

With the Tokyo games shining a spotlight on trans athletes, the IOC said last week it would review scientific data to determine a new framework for international federations to set rules for competitions in their individual sports.

Richard Budgett, the IOC’s medical and scientific director, said the challenge was to ensure inclusivity while also retaining fairness.

What do other sports authorities day?

Around the world, sporting authorities are grappling with how to formulate their rules.

World Rugby ruled in 2020 that trans women could not compete in elite and international women’s rugby, citing safety and fairness concerns.

In the US, the National Collegiate Athletic Association (NCAA), which runs inter-college sport in the country, says trans women must suppress their testosterone for at least a year before competing in women’s contests

In March 2020, Idaho became the first US state to ban trans women and girls from women’s sports leagues in schools and colleges, though the law was suspended after a court ruled it was discriminatory.

West Virginia’s law was suspended in July by a judge who ruled that it was unconstitutional.

What do scientists say?

Trans women’s muscular advantage only falls by about 5% after a year of testosterone-suppressing treatment, according to a review of existing research by the University of Manchester and Sweden’s Karolinska Institute.

But strength, lean body mass and muscle area remained higher after three years of medication to block testosterone, it said.

Tommy Lundberg, who co-authored the first study, said male athletes gain their 30% muscular advantages during puberty, but there are no studies of trans adolescents who could take puberty blockers or cross-sex hormones before puberty finishes.

What do trans activists say?

LGBT+ activists say the US sports bills and World Rugby ban are discriminatory and dispute claims of a physical advantage.

Chris Mosier, a triathlete and the first trans man to represent the US internationally, said the current debate was damaging for all trans people.

“These are very dangerous bills that are attempting to serve as an entry point to larger scale discrimination,” he said.

Novak Djokovic beaten by Germany's Alexander Zverev at the Tokyo Games, ending his dream of a Golden Slam
Sport
9 months ago