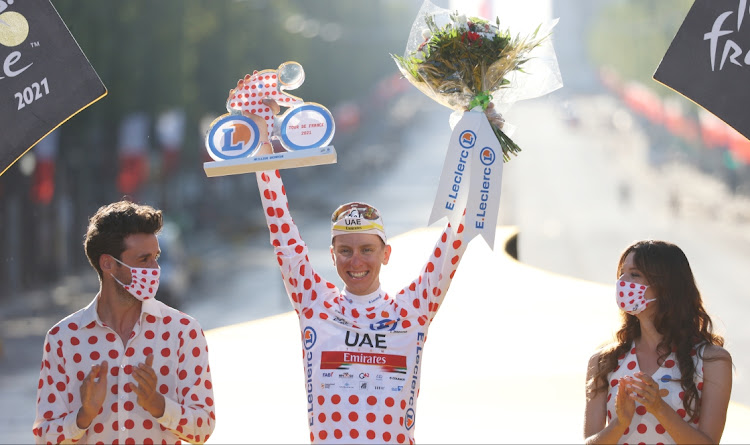 Pogacar, 22, is the youngest rider to wear the overall leader’s yellow jersey at the end of the race for two consecutive years.

The UAE Emirates rider also won the white jersey for the best Under-25 rider and the polka-dot jersey for the mountains classification after a dominant performance throughout.

Pogacar now heads to Tokyo for the Olympics, where he will be among the favourites for the road race next Saturday.

After a processional ride to Paris, multiple attacks took place in the eight laps around the finishing line on the Champs Elysees, with Mark Cavendish’s Deceuninck-Quick Step team controlling the gap.

The Briton, however, did not benefit from his usual lead-out man Mikael Morkov, and Van Aert powered to victory for his third stage win in this year’s Tour.

Belgian Jasper Philipsen was second ahead of third-placed Cavendish, who wins the green jersey for the points classification for the second time, having won four stages this year.

Briton takes 10th stage, racking up his 33rd win, one fewer than the Belgian great
Sport
1 year ago