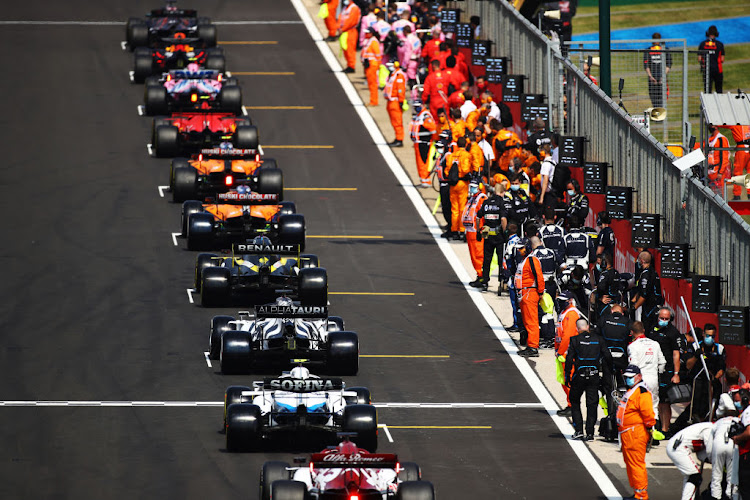 London — Lewis Hamilton and Max Verstappen both won at Silverstone in 2020 but an experimental new race format poses a fresh challenge for Formula One’s title rivals on their return to the British Grand Prix circuit this weekend.

The biggest sporting crowd in Britain since the start of the Covid-19 pandemic, with 140,000 expected on Sunday, will see F1 history made with the debut on Saturday of the Sprint — a qualifying race without pit stops.

Silverstone, where the championship started in 1950, is the first of three tracks that will trial a 100km half-hour long dash to decide pole position and set the grid for the next day's main event.

“Even if the Sprint is only the precursor to the main event, I think the drivers will be desperate to beat each other and show who is the fastest and who is the strongest,” said F1 MD Ross Brawn.

A three-part qualifying session for the Sprint will be held on Friday instead of the usual second practice, meaning teams have only one hour on track to set up their cars before the competitive action.

A mistake on Friday is likely to carry far bigger consequences now, while fans —  absent last year due to Covid-19 restrictions — can look forward to action on all three days.

Points will be on offer for the top three on Saturday, meaning a driver who wins both races and sets the fastest lap on Sunday can bank a maximum 29.

“I’m hoping of course to come out of that race with 29 points,” said Red Bull’s Verstappen, now 32 points clear of Hamilton after winning five of nine races including the last three.

“I hope in racing perspective it’s coming home,” he told Sky Sports television in a cheeky nod to the soccer chant sung by England fans before their team lost last Sunday’s European Championship final to Italy.

Seven-time world champion Hamilton will be aiming for a record-extending eighth home win to regain lost momentum, with his Mercedes team also bringing new parts to make the car faster. He will also be racing at Silverstone for the first time since they named a straight after him.

Verstappen, winner of 2020’s 70th anniversary race when the windswept former airfield hosted two successive rounds on a pandemic-hit calendar, can also secure a sixth win in a row for Honda-powered Red Bull.

“Mercedes have been enormously strong there over the years, and Lewis has his home support as well. So we expect it to be a big challenge,” said Red Bull team principal Christian Horner.

McLaren’s Lando Norris will enjoy strong home support after notching up three podiums so far this season and narrowly missing out on a first pole in Austria.

“Seeing the grandstands full and everything feeling a bit more normal is something I’m really looking forward to,” said the 21-year-old.

George Russell, at Williams, is the third British driver on the grid and will raise a big cheer if he can score the team’s first points in two years.

F1 fans will also get a glimpse of the future, with the presentation online on Thursday of a life-size 2022 car, reflecting new rules designed to create closer racing.

The young McLaren driver, who finished third, says expectations must be tempered ahead of Silverstone
Sport
6 months ago