Memorable season for the Matchett-Yeni partnership 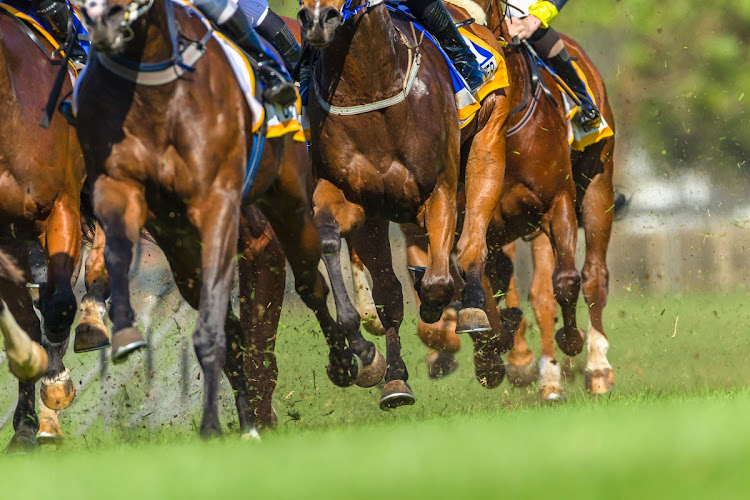 When the curtain comes down on the 2020/21 season in three weeks’ time, Paul Matchett and Muzi Yeni will look back on the campaign with satisfaction and pride. The former is in fifth place on the national trainers log and the latter in the same position on the jockeys table.

Unquestionably, the horse who has made the campaign for both is the three-year-old filly War Of Athena. The daughter of Act Of War went into last Saturday’s Garden Province Stakes boasting nine wins from 15 starts and career earnings of R1.71m.

Her legion of supporters lumped on the filly again on Saturday but — perhaps feeling the effects of a busy year — had to settle for third place behind Zarina and Princess Calla.

Both Matchett and Yeni head for the Vaal on Thursday where another Act Of War filly, Lady Of The Flame, bids to leave the maiden ranks by winning the final event on the card.

The fact that Lady Of The Flame has had 11 attempts at winning a race means the three-year-old is vulnerable to a more up-and-coming rival, and there is one in the form of Paul Peter’s juvenile filly McKenna Sky.

Also a daughter of Act Of War, McKenna Sky raced green on debut but turned in a promising effort, finishing five lengths behind the winner. Gavin Lerena has been booked for the ride and both fillies warrant inclusion in Pick 6 perms.

Yeni has six booked rides at the meeting and his best chance of success may lie with Mike de Kock’s runner Night King in the fourth race.

An R800,000 son of What A Winter, Night King is looking an expensive purchase at this stage, but three recent placed runs suggest the gelding can open his account this time.

As is the case in Lady Of The Flame’s race, a two-year-old rates the main threat and Brief Crusade will have his supporters in his fifth outing for trainer Roy Magner. The son Of Crusade has improved with every run.

It will be interesting to see if there is market interest in newcomer Vuitton whom Yeni rides for the Paul Peter stable in the fifth race. The filly is a daughter of Vercingetorix and cost R130,000 as a yearling when purchased from Narrow Creek Stud.

The runner with the best form is Vuitton’s stablemate What A Miracle, the mount of champion-elect Lyle Hewitson. The filly ran third behind Winter Renegade last time out, but the winner failed to frank that form when beaten by eight lengths in the first race at Hollywoodbets Greyville last Saturday.

Another well-bred first-timer is Moonshiningthrough, a daughter of Rafeef also bred at Narrow Creek Stud. Her price will need monitoring in the market.

Work rider Tshepiso Matsoele won on Pride Of Paris at Turffontein on Tuesday so will be brimful of confidence when he partners Fort Commander for trainer Fabian Habib in the first race. It is possible he may have to settle for second place as Mr Livingstone’s form includes a fourth behind Corne Spies’s useful two-year-old William Robertson.

• Following the announcement of the lifting of pandemic regulations in the UK from July 19, spectators will be allowed back on race tracks in England from that date.

“It’s all systems go for maximum attendance at our five-day Glorious Goodwood meeting this month,” an official of the southern racecourse said.

This year the Cheltenham and Grand National meetings were run behind closed doors with only limited numbers allowed to attend the Derby and Royal Ascot.

‘Kommet’ family to dish up more joy for Lerena

Jockey partners Quantum King, a half-brother to Kommetdieding, winner of the Durban July
Sport
1 month ago