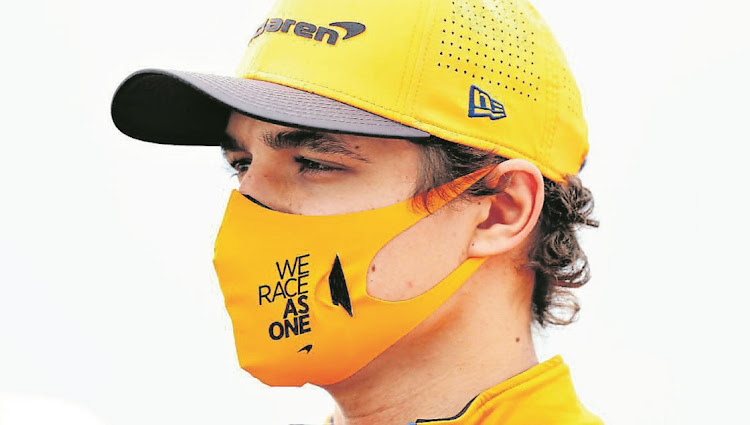 London — Lando Norris has cautioned against soaring expectations for his home British Grand Prix after putting McLaren back on the Formula One podium in Austria on Sunday.

For the third time this season the 21-year-old finished third, after starting on the front row for the first time in his career, and was voted driver of the day by fans.

Mercedes-powered McLaren are also third in the constructors’ championship, ahead of Ferrari, and Silverstone is next up with a crowd of about 140,000 expected on race day as Covid-19 restrictions are eased.

“The annoying thing is so many people are going to expect this every weekend now,” Norris told Sky Sports television after the race at the Red Bull Ring. “I’m not getting too giddy because I know we’re going to go to Silverstone and it’s probably going to be a little more like back to normality.”

Norris said McLaren had not expected to be so quick in Austria but a combination of factors, including warmer weather, had contributed along with improvements to the car. Australian Daniel Ricciardo started 13th and finished seventh.

Rivals noted the speed of the McLaren, with Norris ahead of both Mercedes cars in qualifying and passing seven times world champion Lewis Hamilton, who finished fourth in a damaged car, in the race.

“Such a great driver, Lando,” said Hamilton over the team radio. Norris, who has finished in the top five in eight of nine races in 2021 and is fourth overall, said he was not playing down his chances to then make himself look good.

“We’ve always been strong in Austria, every year since my first time coming here in F1. Silverstone was not so good for us last season,” he said. “It’s not like I want to be negative. I’m just realistic and I feel like a lot of people are going to expect this every weekend from now on and complain ‘why are we not quick?’.”

McLaren team boss Andreas Seidl said Norris could have finished second without a time penalty imposed after stewards ruled he had forced Red Bull’s Sergio Perez off the track early in the race.

“Let’s focus on the positives,” he added. “A sensational race weekend in the end from the team, from Lando.”

The Red Bull driver, who is now 18 points ahead of Lewis Hamilton, led from start
Life
2 months ago
Next Article