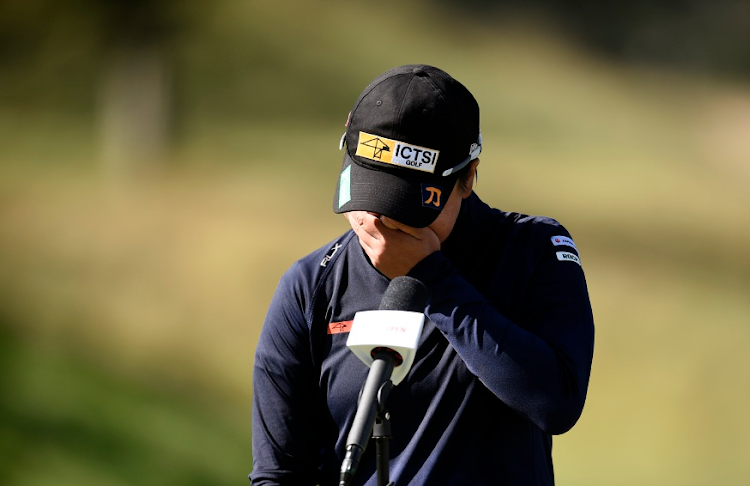 Yuka Saso reacts to her win during the awards ceremony on the 18th green following a sudden death playoff over Nasa Hataoka following the final round of the US Women's Open golf tournament at The Olympic Club in San Francisco, California, US, on June 6 2021. Picture: USA TODAY SPORTS/KELVIN KUO

San Francisco — Yuka Saso bounced back from two early double bogeys and held off Japan’s Nasa Hataoka in the third hole of a sudden-death playoff to win the 76th US Women’s Open golf championship at the Olympic Club in San Francisco on Sunday.

The 19-year-old Saso became the first Filipino player to win the tournament and announced herself as a new force in the game with her first major title.

“I’d like to thank my family, I wouldn’t be here without them,” she said through tears. “To all my sponsors and to all my friends and fans back in the Philippines and Japan, I’m so thankful.”

At 19 years, 11 months and 17 days, Saso tied South Korea’s Park Imbee to the day as the youngest champion at the women’s game’s oldest major.

The playoff came after American Lexi Thompson, who led by four strokes at the turn, suffered a heartbreaking collapse on the back nine and left a par putt, which would have put her in the playoff, short of the hole.

‘It’s something I can’t control,’ says US Open champion
Sport
3 months ago

In golf, age seems not to matter, as winners have come in all shapes, size and vintage
Sport
3 months ago
Next Article