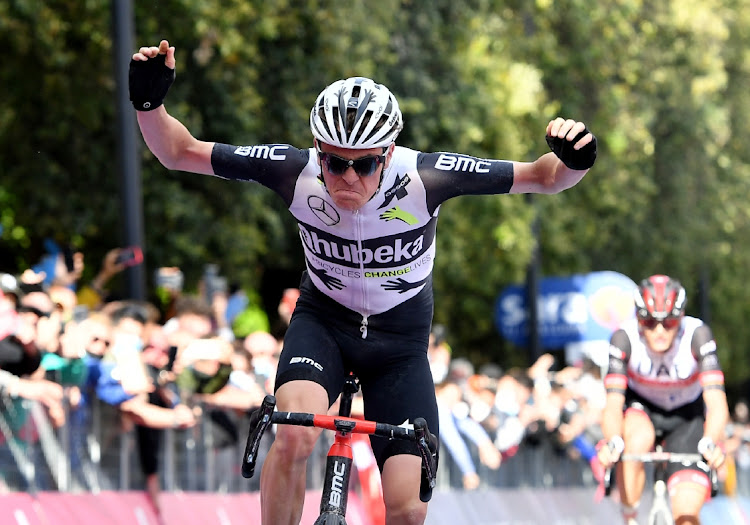 Montalcino — Mauro Schmid secured his first Grand Tour win on stage 11 of the Giro d’Italia, a 162km ride from Perugia to Montalcino, while Egan Bernal extended his lead in the general classification.

Swiss Schmid, 21, pulled clear of the peloton early on and battled it out with Alessandro Covi after a thrilling race, pipping the young Italian on the line to take home the stage win in his debut season. Belgian Harm Vanhoucke finished third.

Colombian Bernal remained at the head of the peloton for the majority of the stage through the Tuscan gravel roads before making his move at the end the final climb up Passo del Lume Spento.

Young Belgian rider Remco Evenepoel came into the stage second and 14 sec behind Bernal, but having kept pace early on he struggled and dropped off the peloton, with visibility poor at the back of the main group.

The day belonged to Ineos Grenadiers’ Bernal, who pulled clear of the peloton as the stage entered Montalcin to finish 11th in the stage and end the day 45 sec clear of Russian Aleksandr Vlasov in the general classification.

Thursday’s stage 12 is a 212km ride from Siena to Bagno di Romagna.