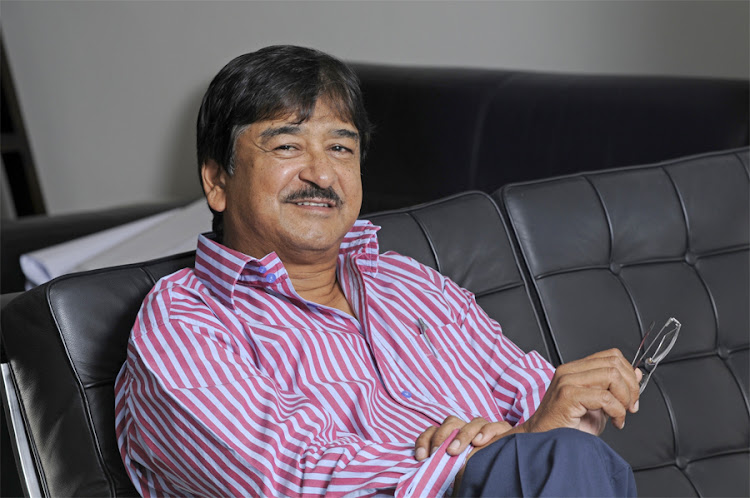 After a distinguished business career, Hassen Adams announced his retirement in 2020 and the Cape-based mogul now has time to concentrate on his major passion — racing and breeding.

In December 2019, Business Day reported Adams would retire at the end of January 2020. He has held — and may still hold — many chair positions. It includes that of Burger King, Grand West Casino, Cape Town Fish Market and director of Afriserve.

One report stated that Adams has “left a legacy not only of financial astuteness, but also of empowering people and community involvement”.

Referring to horse racing, Adams, the first black racing steward, said: “I think racing will always be the Sport of Kings. Without the top 10 owners you wouldn’t have a sport.”

Fast forward to last Saturday at Turffontein and a horse Adams co-owns, Got The Greenlight, advertised his chance for the Vodacom Durban July by winning the grade 1 4Racing Premier’s Champions Challenge.

Like most racehorse owners, victory in SA’s most famous race is the ultimate goal. The four-year-old son of Gimmethegreenlight is now the 4-1 favourite for the Greyville race on July 3.

Adams is also the owner of Nadeson Park Stud near Hermanus, which sent 17 yearlings to the De Grendel CTS Cape Premier Sale in January.

Any winner is important to Adams, which is why he is sure to be watching how his Aussie import Freedom Seeker fares in Thursday’s sixth race at Turffontein.

Well drawn at barrier two and with Weichong Marwing in the saddle, Freedom Seeker looks worth an each-way wager at her early price of 7-1.

Though she won three races in the Cape in the care of Paddy Kruyer, the decision was taken to transfer Freedom Seeker to trainer Weiho Marwing, but he will know his runner faces two tough rivals in Way Of The World and Moments Like This.

Way Of The World has more than played her part for the powerful Paul Peter stable winning five of her past seven starts. However, Way Of The World’s merit rating has jumped from 71 last August to 93 for this race. It remains to be seen whether the handicapper now has her measure.

Mike de Kock and Luke Ferraris team up with the lightly raced three-year-old Moments Like This. The daughter of Kingbarns suffered traffic problems when fifth behind Ecstatic Green last time out.

The Peter stable will be hoping three-year-old Reunion, a 10-lengths winner on debut, can return to form in the fifth race. It could be significant that champion jockey Warren Kennedy switches to Enrique leaving Gavin Lerena to partner the Flower Alley gelding.

Cases can be made for several runners in this 1,450m contest including hat-trick seeking Royal Wulff, Dark Tide, Valetorio and Lyle Hewitson’s mount Ballon D’Or.

So They Say looks one of Kennedy’s best mounts at the meeting in the eighth race, but the outcome of this handicap may rest on whether S’manga Khumalo can overcome the worst draw on the Dynasty filly Southern Song.

A R400,000 buy as a yearling, Southern Song won her debut in March by nine lengths and may have been treated lightly with a merit rating of 78.

Captain’s Ransom seen as reaching the same heights as Igugu