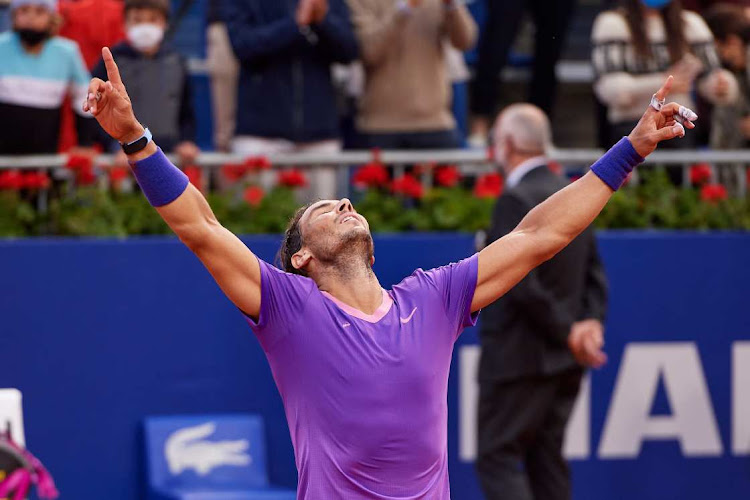 Having collected his first title of the 2021 season, Nadal, 34, will leapfrog Russian Daniil Medvedev to take back the world number two spot in the updated ATP rankings on Monday.

Nadal was on the brink of defeat in the 10th game of the final set but recovered to win three straight games to overcome Monte Carlo champion Tsitsipas after three hours and 38 minutes — making it the longest ATP Tour match of the year.

Tsitsipas, who won his previous meeting with the Spaniard in the Australian Open quarterfinals in February, fought hard to stay in the match and saved two match points before winning the second-set tiebreak to force the decider.

Nadal improved his unbeaten record to 12-0 in finals at one of his favourite ATP events where the main showcourt carries his name.

The 20-time Grand Slam winner will be back in action at May's ATP Masters 1000 tournaments in Madrid and Rome and will look to carry the momentum into the French Open, where he will be seeking a record-extending 14th Roland Garros title.