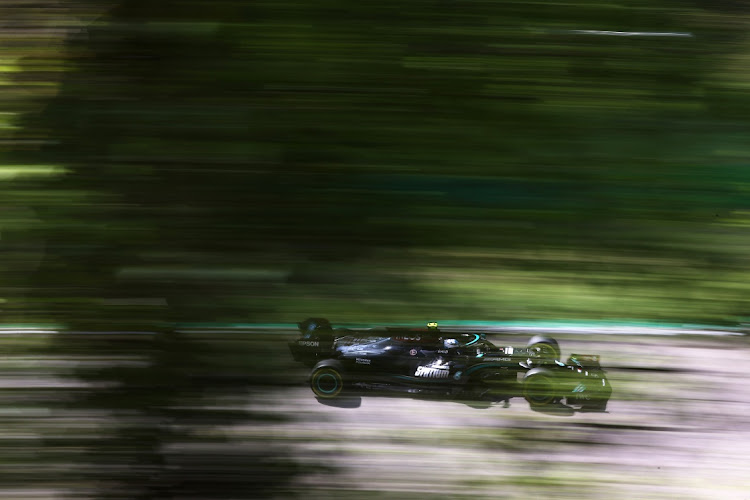 The collision between Valtteri Bottas and George Russell in Sunday’s Emilia Romagna Grand Prix could affect Mercedes’s plans for developing their Formula One (F1) car this season, according to team boss Toto Wolff.

The high-speed crash at Italy’s Imola circuit wrecked both Bottas’s Mercedes and Russell’s Williams, though both drivers were not injured. Stewards declared it a racing incident.

“The whole situation is absolutely not amusing for us, to be honest,” Wolff told reporters. “It’s quite a big shunt. Our car is a write-off in a cost cap environment; that is certainly not what we needed. And probably it’s going to limit upgrades that we are able to do.

“We are very stretched on cost cap, and what we always feared is a total write-off of a car. This one is not going to be a total write-off, but almost, and that is not something we really wanted.”

Wolff said he would speak to Russell and make his point. F1 introduced a $145m cap this season and champions Mercedes, one of the biggest teams, have had to cut costs, though the cap does not include drivers’ salaries.

Russell, 23, stood in for Lewis Hamilton in Bahrain last year when Mercedes’s seven-time world champion tested positive for Covid-19, and the rising star is seen as a future Mercedes driver. His situation, and the possibility he could one day join or replace Bottas in the champions’ line-up, added piquancy to the Imola incident.

Wolff made clear he felt the youngster should have been more careful as he tried to pass the Finn for ninth place on a drying track with damp patches at the margins.

“The whole situation should have never happened. Valtteri had a bad first 30 laps and shouldn’t have been there. But George should have never launched into this manoeuvre, considering that the track was drying up,” he said. “It meant taking risks, and the other car is a Mercedes in front of him. In any driver’s development, for a young driver, you must never lose this global perspective. So, lots to learn for him I guess.”

Speaking to Sky Sports television after the race, Wolff joked about Russell’s future.