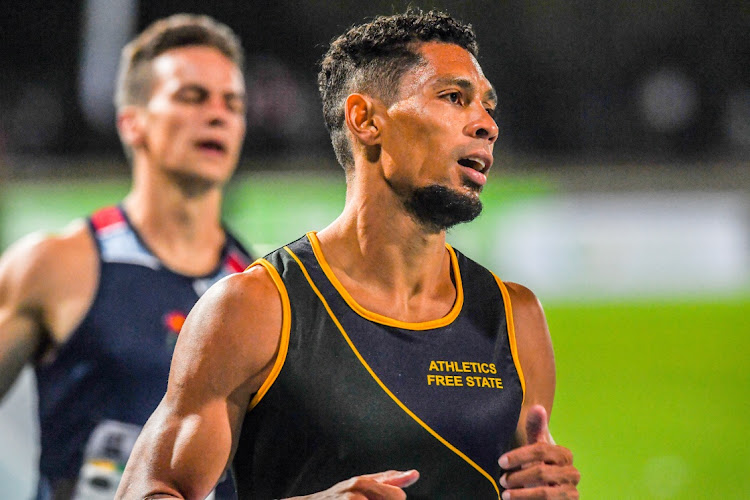 Wayde van Niekerk won the men’s 200m crown in 20.38sec at the SA championships in Pretoria on Saturday night and then said he doubted if he would be available for the World Relays in Poland on May 1 and 2.

He is hoping to head to his training base in the US early next week.

If Van Niekerk‚ who has trained on his own for more than two months since leaving Ans Botha for Lance Brauman‚ flies out on Tuesday as hoped‚ he would probably have to leave after just a week to head to Europe.

He was selected to run in the 4x400m relay in Poland‚ though national relay coach Paul Gorries had said he wanted to pull him into the 4x100m instead.

But it seems Van Niekerk will not be part of either squad. He also doubted whether he would consider joining SA’s highly regarded 4x100m relay team for the Tokyo Olympics.

“There’s so much work I need to do‚ I don’t want to enter everything that looks nice.”

Ruswahl Samaai‚ the 2017 long-jump bronze medallist‚ won his competition in 8.16m on a chilly evening.

She has dropped her personal best by more than 4sec since 2020‚ having switched coaches and doing good work during the last winter.

“My base was a very good base‚ I worked hard in the winter,” Mpiti said.

Zakithi Nene of KwaZulu-Natal was first in the men’s 400m in 45.54. Both Mpiti and Nene are in the SA squad for the World Relays in Poland.

Mpho Links beat Breyton Poole in the high jump on countback after both had cleared 2.15m. Just two men contested the men’s discus‚ won by promising Kyle Blignaut with a heave of 20.82m. Jason van Rooyen was second with 20.60.

Friedrich Pretorius claimed the decathlon with 7,510 points and Shannon Verster the heptathlon with 5,247 points.