It’s all about having fun and inspiring the youth, says SA’s icon 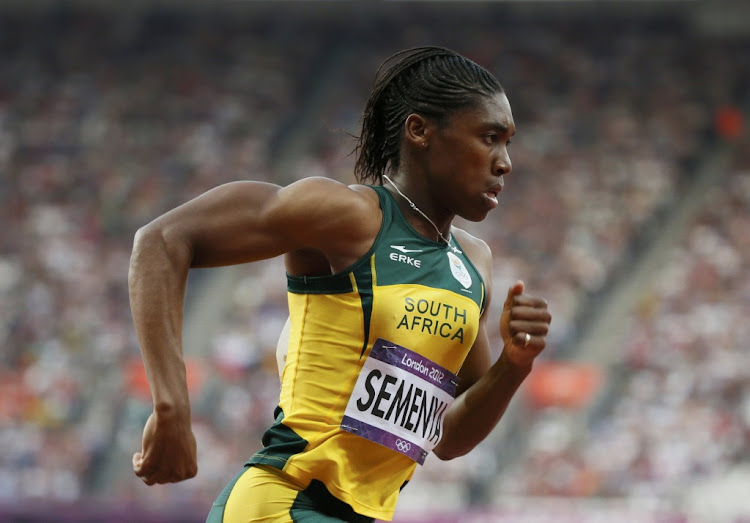 A rejuvenated Caster Semenya retained her national 5‚000m crown in the SA athletics championships in Pretoria on Thursday‚ winning in a time that suggested the Tokyo Olympics could be in her grasp.

But she insisted that the Games was not her focus. It was rather to have fun and inspire the youth.

Semenya seemed out of sorts in this event at the Gauteng North championships nearly three weeks ago when she finished second behind Glenrose Xaba in 16 min 14.43 sec.

But she turned the tables on her diminutive training partner at the Tuks stadium on Thursday‚ winning in 15:52.28‚ which is closer to the 15:10.00 automatic qualifying mark for the Games than it seems.

Take 4% off for racing at altitude — distance runners do better at sea level where there is more oxygen — and her time converts to about 15:15.

And given how easy she looked throughout the 12-and-a-half laps‚ she surely has plenty in reserve to book a ticket to the Olympics, which are scheduled to begin on July 23.

But Semenya played down her ambition of making the team to Japan.

“We’re happy with what we’re doing‚ we’re having fun. At training each day we don’t stress‚” she said.

“At [Gauteng North] we were a little bit down and now we’re trying to maintain the splits‚ which is better. We’re just trying something new‚ trying to make a pair that will work well. It helps a lot when you have a training partner who understands you and you understand them. The chemistry’s good.”

Semenya has abandoned her favourite 800m race‚ in which she won two Olympic golds in 2012 and 2016‚ as well as the 400m and 1,500m because of the new World Athletics regulations that require athletes with differences of sex development competing in those events to take medication to lower their naturally occurring high testosterone.

Semenya is appealing the regulations at the European Court of Human Rights‚ but the case is unlikely to be heard before the Olympics.

The 30-year-old attempted the 200m before lockdown in 2020‚ but decided against the sprint over fear of the potential for injury.

“We had to look into‚ ‘can we do 200 for the next five years?’. It was not really in our favour. I’m getting old‚ I’m scared to tear my muscles. We had to sit down and make sure  the decision  we make makes sense. Distance makes sense.”

Athletes have until June 29 to post qualifying times‚ but Semenya was blasé about the need to achieve the mark.

She might head to the northern hemisphere summer for some competition‚ but not to chase the 5‚000m.

“With Covid‚ I’m a parent‚ I need to balance a lot of stuff. But if I can have two to three races in Europe‚ not really focused on the 5km‚ but doing 2km‚ 3km‚ because I need to gel into the distance running.

“We’re planning to try to get a few races in Europe and just try to have fun. Now is all about having fun. We’ve achieved everything that we wanted‚ all the major titles‚ inspiring the youth‚” added Semenya‚ who also has three World Championship gold medals.

But equally she hasn’t completely given up on the idea of getting to the Tokyo Olympics. “If you calculate [the schedule] it’s not in our favour ... maybe if the guys from Durban can do something there somewhere in May. Maybe we try to go and attempt the time. It’s never too late ...

“But if not‚ it’s not the end of the world‚ man. For me it’s not about being at the Olympics‚ it’s being healthy and running good times and being in the field for the longest.”

The Games are approaching, but there is a Covid-19 resurgence in many countries
Opinion
5 months ago