Olympic 2016 silver medallist will compete in the 100m and 200m butterfly events, and 200m freestyle 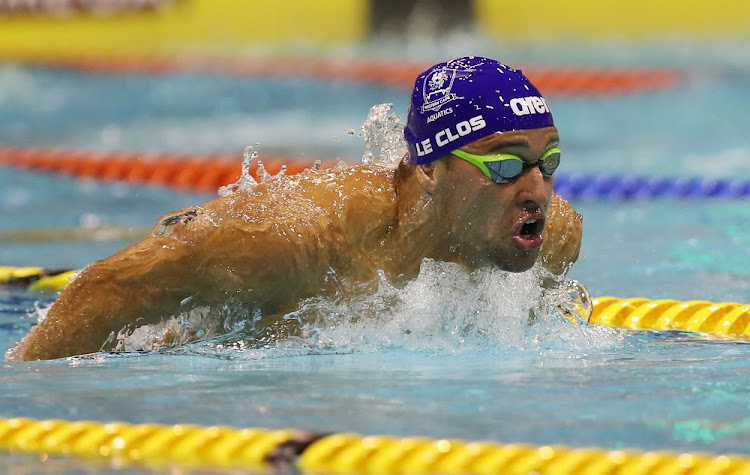 Gqeberha — Rio de Janeiro Olympic 2016 silver medallist Chad le Clos has earmarked three events he will compete in when he takes to the starting blocks at the Tokyo  Games later this year.

Le Clos said he was also considering an entry into the 100m freestyle event; however‚ he would first need to see when that event takes place in relation to his main events.

Le Clos‚ who made the Olympic cut in the 200m butterfly in his gold medal performance on day two of the championships‚ said his aim was to build with each meeting in the lead-up to the Games.

“I have to improve at each meet; this is not my peak by any means‚ taking nothing away from Matt [Sates] performance. I came in here having an idea of what I was going to do and this is just a starting point for me‚” said the four-time Olympic medallist.

Le Clos‚ who went into the Rio Games as the 200m fly champion‚ claimed two of his four Olympic medals at the 2012 London Games‚ where he famously pipped US Olympic great Michael Phelps to gold in the 200m butterfly event‚ while claiming silver in the 100m race.

Le Clos’s second place in the 200m freestyle in Rio seemed to have come at a cost to his hopes of defending his title in the 200m butterfly where he ended fourth.

“It’s a fine line with the race obviously taking place the day before. Sport can be up and down sometimes. I have had more good races than bad races and Rio 200 fly was probably the worst race ever for me. You just have to make sure you don’t make those mistakes again.

“I always have a point to prove to myself and to everybody‚ a lot of people have written me off before‚ it’s a big mistake on their side.

“I am hungrier than ever‚ whether I am able to do it‚ God knows‚ I don’t know‚ but I train as hard as I can.

“I put myself in a position to be where I am and it’s no secret that I have been on top for 12 years now‚ and I feel like I am getting better.

“I am still improving. The kids are young and they are good‚ [Kristof] Milak‚ [Caeleb] Dressel and others who are top competitors. I am going to have to do something really special if I want to win the Olympic [titles] this year.”

While he believes he will be an underdog heading into the event‚ Le Clos said: “As South Africans‚ we come out swinging. We try our best and give our all because we have nothing to lose.”