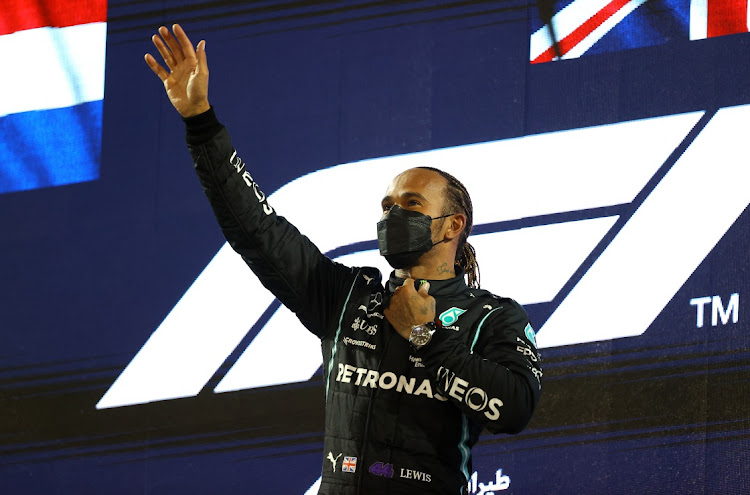 Verstappen, who passed the Briton with four laps to go only to have to hand back the lead for exceeding track limits, finished a mere 0.745 sec behind after starting on pole position. Hamilton’s teammate Valtteri Bottas was a distant third but gained a bonus point for fastest lap.

“Wow, what a difficult race that was,” said Hamilton, who started second on the grid and took another of Michael Schumacher’s all-time records with his 5,112th race lap led.

“Max was all over me right at the end, but I just about managed to hold him off. It was one of the hardest races I’ve had for a while.”

The win was a record-extending 96th for Hamilton, continuing also his record of winning in every season of his career since his debut with McLaren in 2007.

Lando Norris finished fourth for McLaren while Verstappen’s new Mexican teammate Sergio Perez went from starting in the pit lane, after his car had stopped on the formation lap, to fifth place.

Ferrari’s Charles Leclerc was sixth and Australian Daniel Ricciardo seventh on his McLaren debut with Spaniard Carlos Sainz, the man he replaced, eighth in his first race for Ferrari.

Japanese rookie Yuki Tsunoda scored on his F1 debut in ninth for AlphaTauri and Lance Stroll took the last scoring place for Aston Martin in the marque’s first race as a constructor since 1960.

As the F1 season kicks off in Bahrain, Red Bull’s impressive testing runs put them in contention
Sport
4 months ago

Amid boycott calls, the venue is scheduled to debut in a night race on December 5
Sport
4 months ago
Next Article