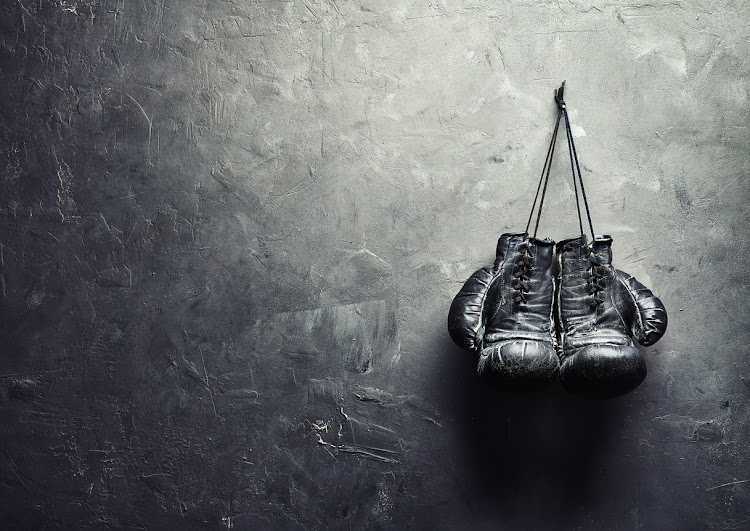 Hagler‚ who dominated boxing’s middleweight division in the 1980s‚ died at the age of 66 on Saturday.

The boxer enjoyed a cordial relationship with Berman and the promoter used to invite him to tournaments staged by Golden Gloves at the Carousel Resort in Hammanskraal. Berman said he was numb when a friend broke news of Hagler’s death to him.

“One of my greatest nights was when I‚ Marvin and Roberto Duran had lunch with Nelson Mandela in Cape Town in 1994. Just imagine being in the company of such greats — Madiba‚ Hagler and Duran‚” said Berman.

“Believe it or not‚ Madiba shared his views on many of their previous fights including their epic battle‚ which Hagler won in 1983.”

Berman invited Hagler to the boxing matches he staged in Monaco and he described the revered no-nonsense fighter as a man of integrity.

“Hagler set a yardstick for people to conduct themselves inside and outside the ring‚” he said. “He was very modest, a man of integrity and he proved that by remaining retired even when people tried to lure him back to the ring with money. What a great fighter and a dearest friend of mine. I mean 66 is still a baby. Till we meet again.”

SA’s international hall of fame inductee and referee Christodoulou, who was the referee when Hagler fought Duran in 1983, also paid tribute to Hagler.

“I had the good fortune to be the third man in the ring in their fight in Las Vegas in 1983‚” he said. “I was privileged to share a long and lasting friendship with Marvin over the years since his retirement.

“As majestic‚ fierce and ruthless as he was in the ring‚ Marvin was even more approachable and loyal as a friend and I valued our regular catch-ups at the International Boxing Hall of Fame conventions in Canastota each year.

“The boxing world has lost one of its absolute champions and I join all boxing fans in acknowledging the incredible life and career of Marvelous Marvin Hagler.”

Hagler was known for blocking punches with his forehead and dominated the middleweight division from 1979 until his controversial loss — a split points decision — to Sugar Ray Leonard in April 1987. He was so disillusioned by the defeat that he quit the sport.

Attempts were made to lure him back with offers of millions of dollars‚ but he stuck to his guns and resisted the temptation to face Leonard in a rematch. The defeat to Leonard was Hagler’s third against his 62 wins with 52 knockouts and two draws.

The heavyweight champion hung on to his IBF, WBO and WBA belts after Kubrat Pulev knockout
Sport
7 months ago
Next Article

The one man Floyd Mayweather is too scared to fight

Fans, fighters and a sport that are all over the hill

The one man Floyd Mayweather is too scared to fight

Fans, fighters and a sport that are all over the hill