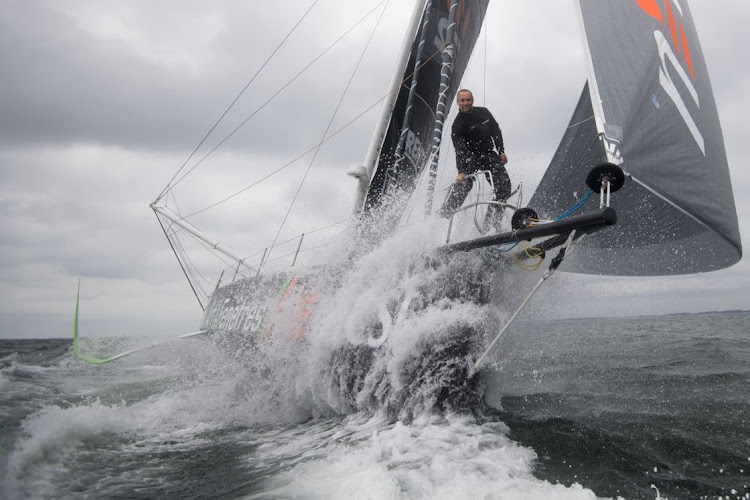 Auckland — Team New Zealand (TZN) surged to a 5-3 lead over Luna Rossa in the America’s Cup after a dramatic race eight on Monday as both boats splashed down and battled to stay on their foils in light winds off the coast of Auckland.

Defender TNZ had roared to a dominant 58sec win in the first race but splashed down during the second leg of the second race after a poor jibe when reeling in the Italians. As TNZ floundered, Luna Rossa opened up a lead of 4min 27sec but the challenger also came off their foils after a poor tack near the third gate.

TNZ recovered to overtake them and negotiated a tense final leg to win by 3min 55sec in a sluggish 38:57. The two race victories put TNZ within touching distance of the “Auld Mug", the oldest trophy in international sport.

The defender can wrap up the best-of-13 series on Tuesday when racing continues.

“Obviously a pretty tense day for us, we’re really happy with how we fought back and improved in that first race,” TNZ helmsman Peter Burling said. “We gave them a pretty good opportunity and needed a mistake from the Luna Rossa guys.”

The Italians were crestfallen, having led from the start of both races only to let TNZ pass them in each due to poor tactics in the first and botched execution in the second. They also incurred a slew of penalties in the latter race after sailing hundreds of metres outside the course boundary in search of enough wind to get back on their foils.

“Never in the bag as you saw, pretty tough conditions,” said Luna Rossa co-helmsman Jimmy Spithill. “We just fell off the foils and got stuck at the top mark for some time just trying to find enough pressure to get back up on the foils.

“We did some things well, some things we’ve got to tidy up. But we know we can win races. We’ve been in tough positions before … we’ll come out firing tomorrow.”

America’s Cup officials will also be under scrutiny after their course adjustment for the second race saw very little wind penetrate the cordon of spectator boats to reach the top mark.

Luna Rossa co-helmsman Francesco Bruni stopped short of blaming the course for the Italians’ splash-down but said the spectator boats had not helped.

“Obviously it’s not ideal to have the pressure dropping right at the top mark,” he said. “We gave the race away. Tough as it may sound, that’s the reality.”

TNZ were relieved, admitting they got their sail selection wrong in the second race having risked a small jib in the conditions. They were also reprieved by Luna Rossa in the first race, with the Italians having outpointed them during the pre-start and held a slender lead through the first two legs.

Luna Rossa defended poorly in the third leg, declining to cover a TNZ tack and then getting overhauled before the gate.

More concerning for the Italians was TNZ’s superior pace. The defender was three-four knots faster in the 11-12 knot winds and they left the Italians for dead on the way to victory in 25:17.