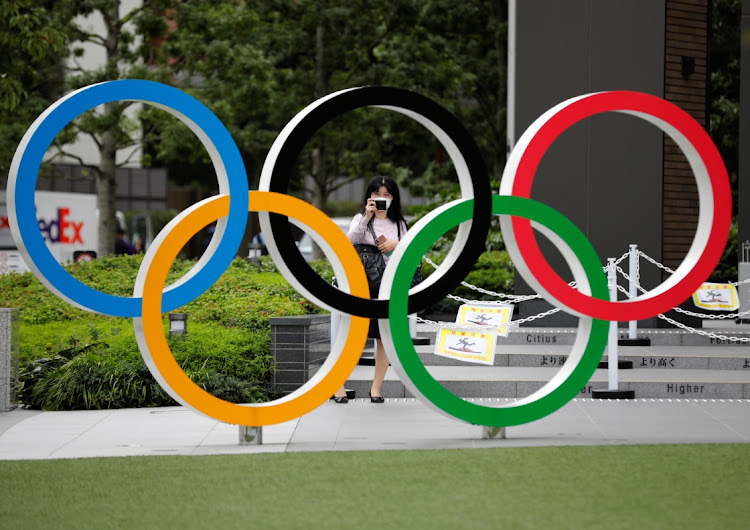 The Olympic rings in front of the National Stadium in Tokyo, Japan, on October 14 2020. Picture: REUTERS/KIM KYUNG-HOON

Tokyo — Japan has decided to stage this summer’s Tokyo Olympics and Paralympics without overseas spectators due to public concern in Japan  about Covid-19, Kyodo news agency reported on Tuesday, quoting officials.

Kyodo said the government had concluded that welcoming fans from abroad would not be possible given public concern about the coronavirus and the detection of more contagious variants in many countries, Kyodo cited the officials as saying.

The opening ceremony will also be held without spectators, Kyodo said.

“The organising committee has decided it is essential to hold the ceremony in the northeastern prefecture of Fukushima behind closed doors, only permitting participants and invitees to take part in the event, to avoid large crowds forming amid the pandemic,” Kyodo said, quoting the officials.

The Games are set for July 23 to August 8. Most Japanese people do not want international visitors to attend the Games amid fears that a large influx of visitors could spark a resurgence of infections, a Yomiuri newspaper poll showed.

The survey showed 77% of respondents were against allowing foreign fans to attend vs 18% in favour.

This year’s Olympic Games are already mired in controversy, while next year’s Winter Games in Beijing are being widely pushed by Xi Jinping
World
8 months ago

MAMOKETE LIJANE: Companies do themselves a disservice by closing down space for ‘talkative women’

Not building in sufficient redundancy can make decision-making faster, but less robust
Opinion
8 months ago