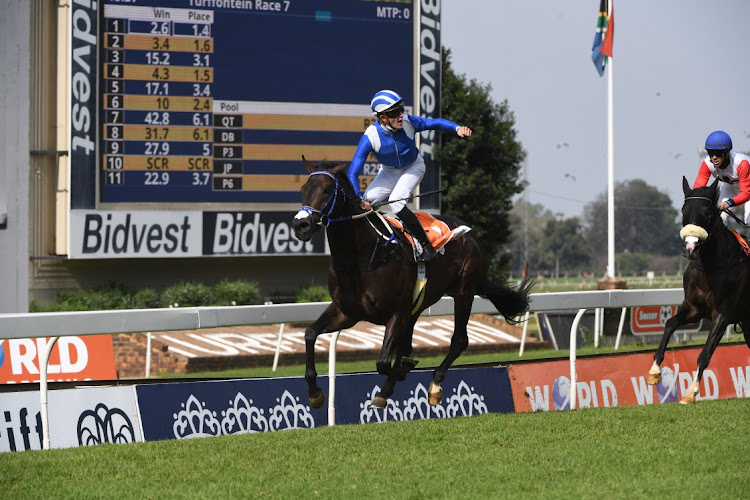 When Angus Gold — racing manager to Sheikh Hamdan bin Rashid al Maktoum — sends his report card on the weekend’s fortunes in SA to his boss, it will carry good news.

Gold, regarded by many as one of the best judges of thoroughbreds on the planet, can keep it short and sweet. “Malmoos, which you purchased for R4.4m as a yearling, won the SA Classic at Turffontein [first prize $29,288] and should now take the R2m Triple Crown bonus [$130,000] on April 3.”

Gold has been involved in a number of big transactions at sales worldwide and in October 2019 bid $1.392m on behalf of the Sheikh at Tattersalls in the UK for a daughter of Dark Angel.

Now, the bonus of $130,000 will be of no consequence to Sheikh Hamdan, but what will be important to him is that they have done good business. As a son of deceased champion sire Captain Al, Malmoos could eventually be an important addition to the country’s stallion ranks.

Once again — as was the case with The Gatekeeper in the Cape Derby — the favourite went for an alarming walk in the betting market. Malmoos was quoted at 14-10 in Business Day on Friday, but drifted out to start at 5-2.

This was great news for Malmoos’s legion of fans and Luke Ferraris never put a foot wrong as he steered the Mike de Kock colt to a cosy two lengths win over Second Base and Catch TwentyTwo.

One of the main reasons for Malmoos’s market drift was sustained support for Catch Twenty-Two (22-10) and Second Base who started a heavily backed third favourite at 7-2.

Just for a moment 300m out, Second Base looked as if he might make a race of it, but Chase Maujean’s mount was comfortably held in the closing stages.

Gavin Lerena, rider of third-placed Catch TwentyTwo, was fined R1,500 by the stipendiary board for excessive use of the whip.

It has been a memorable first nine weeks of 2021 for 19-year-old Ferraris, whose bank balance will be looking decidedly healthy. At the end of January, he won the Met at Kenilworth on Rainbow Bridge.

While Malmoos is another feather in the cap for Varsfontein Stud, the breeding bragging rights went to Summerhill with victories by two of the stud’s progeny, War Of Athena (SA Fillies Classic) and MK’s Pride (Hawaii Stakes).

Mick Goss is no longer at the helm at Summerhill and, if he had been, he would surely have made the trip to the city track to cheer the seventh career win by the daughter of Act Of War.

Champion jockey Warren Kennedy will have known he had little chance in the two Classic races, but he made no mistakes on three-year-old MK’s Pride in the Hawaii Stakes.

The winner is a son of Willow Magic, whose four wins included the grade 1 SA Nursery and grade 2 Dingaans. The Paul Peter inmate now boasts five wins from eight starts.

Got The Greenlight, runner-up in last season’s Durban July, returned from a long break in Hawaii and turned in an excellent effort to finish second. The four-year-old faced no easy task in the grade 2 race as he had to give 5kg to MK’s Pride.