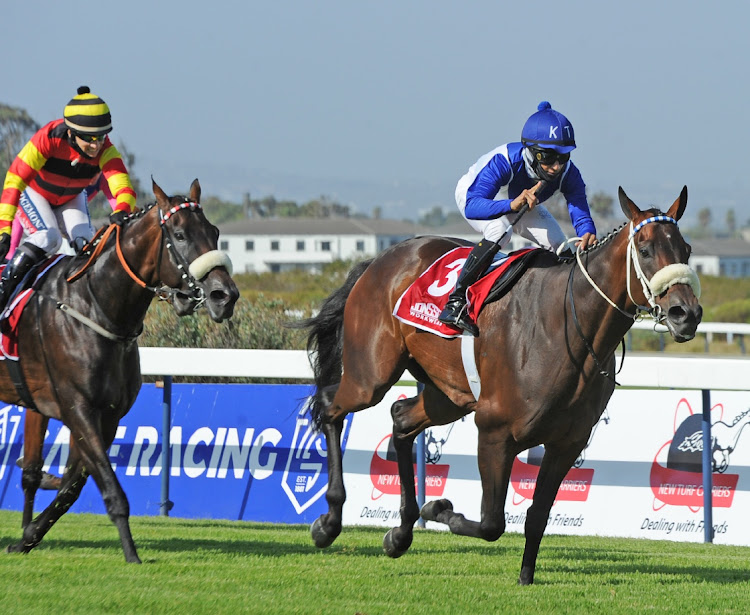 A 1-2 finish in Saturday’s Jonsson Workwear Cape Derby signalled that trainer Vaughan Marshall’s three-year-olds are likely to be a force in the upcoming season in KwaZulu-Natal.

There was understandably some doubt among pundits — and Marshall himself — whether the gelding would see out the 2,000m journey as his dam Thin Red Line won twice over 1,000m.

On the eve of the race Marshall said: “We are all in the same boat wondering whether he will get the trip, but I hope his class carries him through.”

This is exactly what transpired with jockey Grant van Niekerk, who rode a four-timer at the meeting, bringing his mount with a late surge to secure the first cheque of R450,000.

If both Linebacker and Rascallion line up for the Daily News 2,000 in June, it could be one of the highlights of the season especially if Malmoos, The Gatekeeper and Catch TwentyTwo are also in the field.

Whether racegoers will be able to return to racecourses by then remains to be seen. The earliest date for a return of spectators in the UK is May 17.

Not for the first time during the Cape season, the tote returned a measly dividend for backers of the winner. Linebacker, sent off at 13-2, paid only R3.40 for a win on the tote.

The surprise in the betting market was the drift in the price of Cape Guineas fifth, The Gatekeeper. With the withdrawal of Kommetdieding, the Dynasty colt was quoted at 15-10 on Friday but drifted to 4-1 before being sent off at 73-20.

Van Niekerk rode a confident race on the favourite Rio Querari in the grade 2 Khaya Stables Diadem Stakes with the four-year-old slicing through his field to post the fifth win of his career. Bred at Normandy Stud, the Querari gelding paid a compliment to his recent conqueror, Run Fox Run, who is en route to the US.

Stable companion Kasimir, well fancied to put a poor run in the Cape Flying Championship behind him, was never seen with a chance and the runner-up berth was filled by Hello Winter Hello.

Sean Tarry has had a quiet campaign by his high standards, but the champion trainer was on the mark with Mounia who captured the Bloodstock SA Cape Yearling Sale Cup in the hands of Anton Marcus.

Bought by Tarry’s chief patron, Chris van Niekerk, for R200,000, Mounia is a daughter of Rafeef, a new addition to the stallion ranks.

Not content with already bagging three winners, Grant van Niekerk rounded the meeting off in style when taking the Work Riders vs Jockey Challenge on the R850,000 son of Gimmethegreenlight T’Challa. He beat home the Vaughan Marshall duo of Picture The Moment who were ridden by Luke Ferraris and Lungisani Geledu respectively.

Withdrawal of the favourite, Kommetdieding, will leave the colt’s fans and bookmakers disappointed
Sport
9 months ago

If Al Sakeet has gone the right way in the last few weeks, he should keep his unbeaten record on Thursday at the Vaal
Sport
9 months ago

Frankel’s daughter tries to get it right at Vaal

Superstar’s progeny, Lagertha, not enhancing the family’s reputation
Sport
9 months ago
Next Article