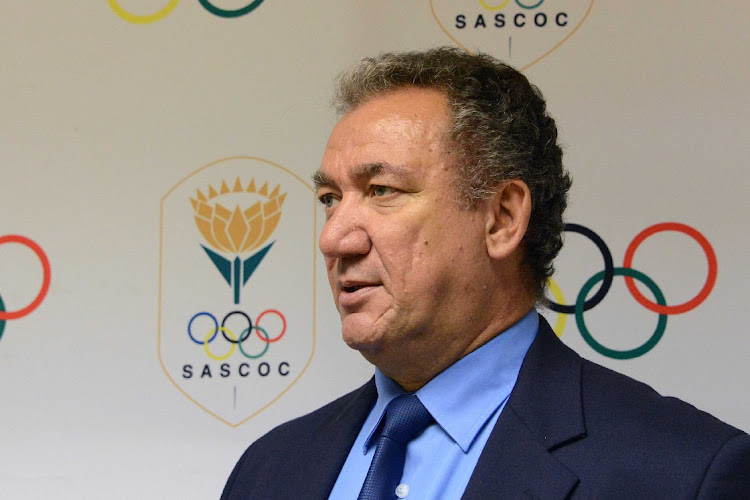 A projection for the SA Olympic squad has nearly three-and-a-half athletes for each manager and coach in Tokyo‚ but when it comes to seeking medical attention they could be lining up more than 15 deep.

SA Sports Confederation and Olympic Committee (Sascoc) president Barry Hendricks said the report submitted to parliament’s portfolio committee on Tuesday was a work in progress and could only be finalised once all competitors had qualified for the Games.

The projection is for SA to field 217 athletes‚ assisted by 64 coaches and managers.

But there will be only 14 doctors and physiotherapists to cater for the expected 31 disciplines across the Games‚ from soccer and rugby sevens to hockey and swimming.

That is the same number — four doctors and 10 physiotherapists — that serviced Team SA at Rio 2016‚ when there were 138 athletes.

To date, 135 athletes across 17 disciplines have secured qualification for Tokyo but nearly 100 more will try to add their names to the list before the Olympics begin on July 24‚ including reigning 400m champion Wayde van Niekerk.

If everyone qualifies as projected‚ Team SA will have 15.5 athletes per medical officer. With doctors and physios required to be present at some matches‚ they could be spread perilously thin.

Hendricks made the point that these numbers could change.

A total of R4.25m has been budgeted to reward Olympic athletes and coaches if they win medals‚ compared to the R7.5m put aside for the Paralympians.

This could remain a wishlist item until the funding is secured‚ with the National Lottery and government yet to say what they will invest in team delivery.

The total cost of competing at the Olympics is budgeted at R44.3m while the Paralympics is expected to come in at R17.8m.

The biggest Olympic costs are travel (R10.3m)‚ kit (R9.46m) and local quarantine camps (R10.1m)‚ though this is set to be reduced by around half with the Tokyo organisers agreeing to reduce the length of quarantine from 14 days to seven.

The projected demographics suggested 61.6% of the Olympic athletes would be male and 41% black.

Athletics and football are expected to contribute the most black participants‚ at 23 and 20 respectively‚ followed by hockey (16) and rugby (seven).

Athletics SA also submitted a report to parliament on Tuesday showing that so far 11 athletes had qualified for individual events‚ though only two of them were women.

The men’s 4x100m relay team has also qualified‚ which offers six spots in all. The only qualified women so far are distance runner Dom Scott and marathon star Gerda Steyn.

Sascoc listed 13 medal prospects — five in athletics‚ two in cycling and swimming‚ and one each in golf‚ rowing‚ rugby and triathlon — but did not specify the athletes for the medals. One medal prospect from surfing‚ courtesy of Jordy Smith‚ probably should have been included.

Past Games have shown one should take all the medal chances and divide them by two to arrive at the number of likely medals.

If SA can get seven Olympic medals in Japan, they will have done well.