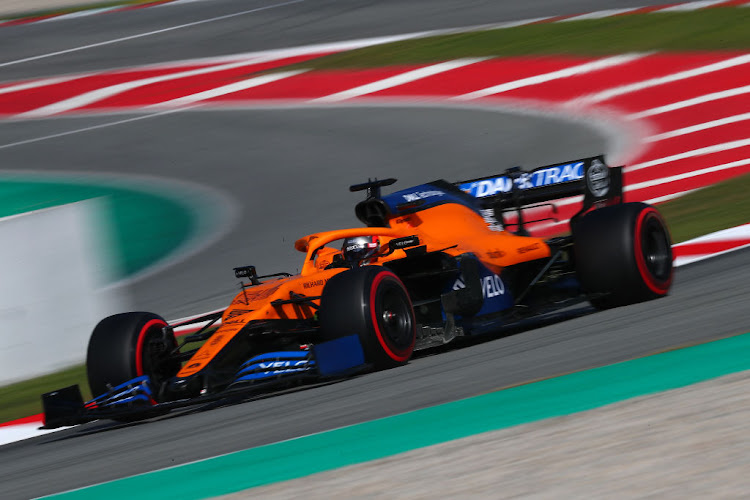 London — McLaren say closing the yawning gap to Formula One champions Mercedes is their main aim for the season after finishing third in 2020.

Mercedes won 13 of the 17 races last season, and have taken both titles for the past seven years, while once-dominant McLaren have not won a race since 2012. The Woking-based team are using Mercedes engines in 2021, however, after three seasons with Renault and three before that with Honda — that one a failed partnership that plumbed the depths.

“I think challenging for the championship would be unrealistic given the journey that we’re on,” McLaren Racing CEO Zak Brown told reporters on Monday as his team became the first to present their 2021 car.

“I think all we can hope for, and are striving for, is to close the gap to Mercedes, who we anticipate to be the fastest team again in ’21.”

The cars look very similar to 2020’s, though there are some subtle aerodynamic tweaks, with the big regulation changes deferred to 2022. McLaren could just as easily have finished fifth in 2020, taking third thanks to fourth-placed Racing Point (now Aston Martin) being docked 15 points.

Aston Martin, who now have four-time world champion Sebastian Vettel, also use Mercedes engines and will be another benchmark.

Ferrari will be expected to come back stronger after their worst season in 40 years, while Renault have double world champion and former McLaren driver Fernando Alonso making a comeback. That all adds up to a big battle for McLaren, who avoided talk of fighting to retain third place and focused instead on pace and performance.

“We’re going to keep our eyes on all the competition. It would be naive to underestimate any of the competition,” Brown said. “We want to be the best of the customer teams, we’ve got one target in mind and that’s closing the gap to the front of the field.”

Formula One will have four different engines competing in 2022 — Mercedes, Ferrari, Renault and Red Bull
Sport
7 months ago