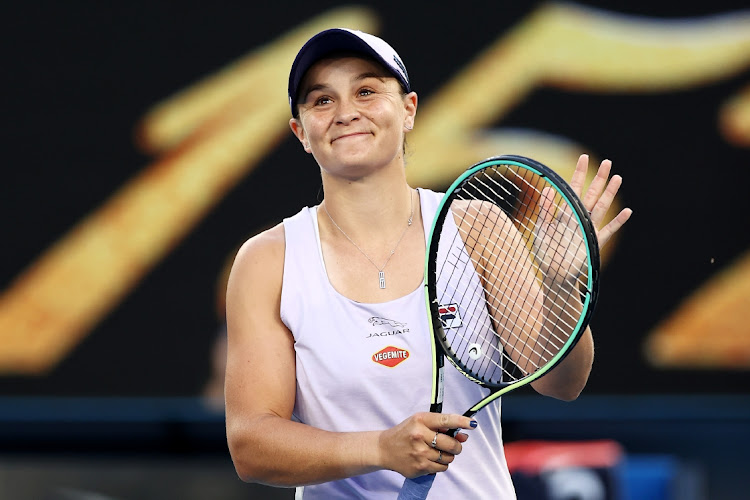 Melbourne — World No 1 Ash Barty produced a near flawless display as she handed out the dreaded “double bagel” to Danka Kovinic, while Rafa Nadal defied his gloomy injury prognosis to crush Laslo Djere in the Australian Open first round on Tuesday.

“I wanted to go out there and almost take the sting, take the pepper out of the match a little bit and get it on my terms as much as possible right from the get-go and make it feel like she had a real mountain to climb,” Barty said.

“I think that was probably the most pleasing thing overall, right from the start I set the tone and was able to run away with it.”

Such one-sided contests will do nothing for ticket sales at a tournament struggling to get fans through the gates, but Barty will not care a jot as she seeks to become the first home-grown singles champion at the Grand Slam since 1978.

The 24-year-old played her first tournament in almost a year last week and walked away with the title but she knows there will be tougher tests ahead if she is to land a second Grand Slam crown at the end of next week.

She was also the top seed at Melbourne Park in 2020 after winning her first Grand Slam title at the 2019 French Open but fell to ultimate champion Sofia Kenin in the semifinals. While she has had a long layoff, not having to quarantine for two weeks before the tournament should be an advantage and her draw was kind.

Barty believes, however, that there are more threatening players than ever in the women’s game.

“I think more than anything is you’re seeing that the women’s game is getting so strong, the depth is incredible. You certainly can’t underestimate anyone,” she said. “Every single opponent deserves to be here and has the right to press you as much as possible.”

Next up for Barty is a second-round match against local wild card Daria Gavrilova.

Nadal, who pulled out of his nation’s ATP Cup campaign with a back problem, launched his bid for a record 21st Grand Slam title with a 6-3 6-4 6-1 win against world No 56 Djere. The Spaniard, looking for his first title at Melbourne Park since 2009, next faces US qualifier Michael Mmoh, who outlasted Viktor Troicki in a marathon five-setter.

Two-time Australian Open champion Victoria Azarenka struggled to find her best tennis and appeared to have breathing problems as she suffered a shock 7-5 6-4 defeat by main draw debutant Jessica Pegula.

An emotional Sofia Kenin found the going tough against local wild card Maddison Inglis but battled to a 7-5 6-4 win to kick-start her title defence. Russian fourth seed Daniil Medvedev extended his winning streak to 15 matches after seeing off Vasek Pospisil 6-2 6-2 6-4.

Mayar Sherif became the first Egyptian woman to win a main draw match at a Grand Slam when she toughed out a 7-5 7-5 win over fellow qualifier Chloe Paquet.