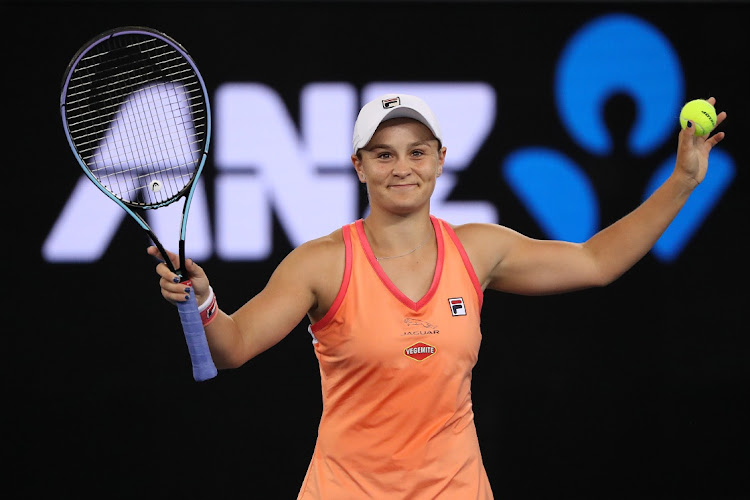 Melbourne — World No 1  Ash Barty said she was happy with her game heading into the Australian Open after outfighting Garbine Muguruza 7-6(3) 6-4 to win the Yarra Valley Classic warm-up tournament on Sunday.

The 24-year-old Australian, playing her first tournament for almost a year, was made to work hard for her second WTA title on home soil but had enough weapons in her armoury to see off the former French Open and Wimbledon champion in a gripping contest.

“It was some of the better tennis I played throughout the whole week,” Barty said. “Garbine forced me to play at that level. It was a great final and I’m happy with the progression of the level of tennis through the week.”

Muguruza had conceded 10 games in four matches on her way to the final but made errors under pressure — 40 in the contest — and was no match for the determined Australian in the clutch moments.

Barty, who was handed a place in the title decider when Serena Williams pulled out of their semifinal with an injury, had to wrestle back two breaks of serve to win a tight opening set in a tiebreak. She secured an early break in the second stanza but Muguruza, the losing finalist at Melbourne Park in 2020, was in no mood to give up her mini winning streak without a fight and got the set back on serve.

Barty broke again for 5-4, however, before serving out to love for the match, sealing the victory with a well-judged lob in the Spaniard into the backcourt.

Her title triumph will fuel expectation that she can give Australia its first grand slam singles winner on home soil since Chris O’Neil in 1978. Barty habitually dismisses talk about pressure at the Australian Open and said that she was excited and ready to go.

“I’m just trying to come out here and do the best that I can,” she added. “I’ve done the preparation, I’ve eaten my Brussels sprouts, done everything to put myself in a position that I can go out there and perform at the best level I can.”

The 2019 French Open champion, a semi-finalist here in 2020, will have a day off to recuperate before opening her campaign against Danka Kovinic on Rod Laver Arena on Tuesday.

Eighth seed Evans broke serve five times in the Australian Open warm-up event and needed just 77 minutes to defeat Auger-Aliassime, who has now lost all seven finals he has played in.

Evans, 30, capitalised on an error-strewn display from the Canadian third seed to break twice in the opening set and take control. He did not let up in the second, the blip coming when he was broken while serving for the match at 5-2.

However, Evans produced an instant response to break back and seal victory. The win will give Evans a confidence boost heading into the first grand slam of the year, where he has not advanced beyond the second round since 2017. He faces compatriot Cameron Norrie in the first round on Tuesday.

A quarantine hotel worker in Melbourne returned a positive test result on Wednesday, but organisers say it’s too soon to panic
Sport
7 months ago

Players want to entertain fans and people who are suffering due to Covid-19, world No 2 says
Sport
7 months ago
Next Article