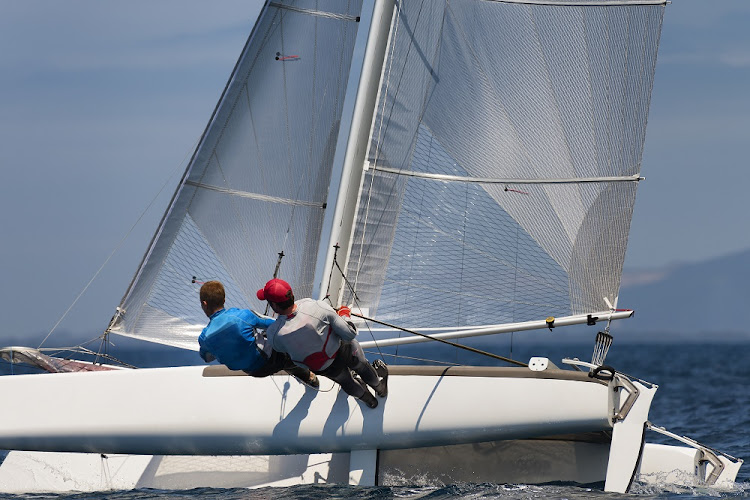 Ineos, skippered by Ben Ainslie, registered five victories from five starts to storm into the final of the Challenger Series, with the winner set to take on TNZ in a series of head-to-head races from March 6 for the America’s Cup.

“Certainly, as the defender, we are seriously taking notice,” Dalton told the Times. “There’s no doubt they are sailing brilliantly — they are absolutely pinpoint perfect and they are not making mistakes on a shifty course.

In terms of weaknesses, Dalton said Ineos do not seem to have resolved their issues with performance in light winds.

“They are sailing a good boat exceptionally well, not a great boat OK,” he said. “They will be concerned at their light-air performance and working towards how to fix that, although I’m not 100% sure how they will do that.”

Ineos grinder David “Freddie” Carr said they were striving to bridge the gap with TNZ. “You’d be foolish not to have improvements to put on the boat throughout a two-month period of a Challenger Series into an America’s Cup and we have got new stuff,” Carr told New Zealand’s Stuff media.

“The Kiwis are where the bar is set, and ultimately that’s where we want to get to …”

The island’s first-generation yacht returns home from Italy, where the regatta whose title she was to defend was cancelled due to Covid-19
Sport
11 months ago
Next Article