JOHN COCKAYNE: Hitting the road to find out how KwaZulu-Natal’s golf hubs are faring 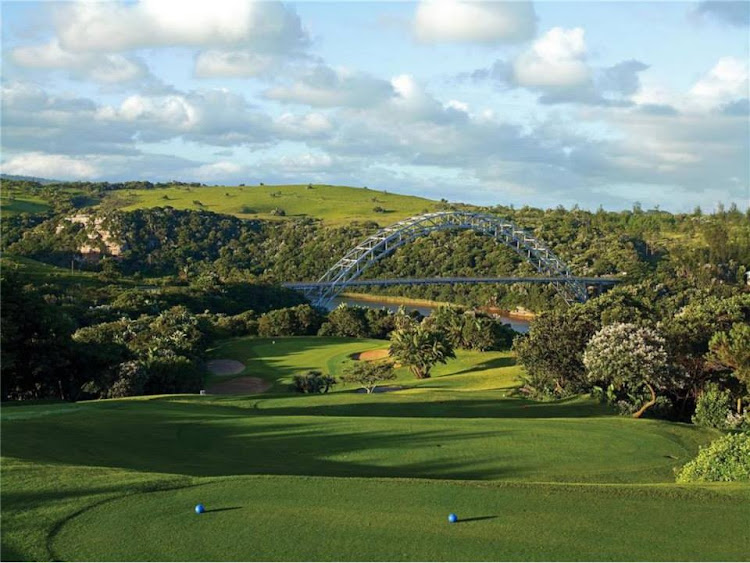 One snag in writing any feature is the need to tell a story, especially if it involves tourism or travel, in a real-time context.

Therefore, having asked myself whether driving to Durban through the KwaZulu-Natal Midlands would be a better holiday option than flying, I put the question to the test and got on the road.

An added point of interest would be to get first-hand feedback from hotel GMs and others as to how the tourism industry has been coping in the pandemic. The trip would also support a consistent theme in my travel writing in Destination Golf Travel, GolfVistaSA, which has been not to just pack your clubs when you can also take the whole family.

To remain consistent with these goals, the itinerary, which seemed to have more moving parts than a Rubik’s Cube, was designed to involve venues needing to deliver both a good golf experience with value for the whole family.

The route is possibly one of the busiest in Africa, both in commercial terms (the lines of trucks winding their way to and from Durban’s port) and the traffic “rushes” over any school, public or national holiday.

The toll road is good, albeit that at this time of the year there is a scramble to complete repair works and upgrades before the festive season, so there are more lane closures than one would like.

The petrol companies, however, need to pull up their socks as the majority of offerings are prosaic at best. The burger I had at a Wimpy at the Engen Vaal 1 Stop during our return journey looked like flattened road kill (the taste was not much better either, I imagine) and did not even vaguely resemble the photo on the menu.

One exception to this mediocrity is the Bergview Engen 1 Stop at Harrismith, which offers a surprising range of eateries and even has a Vendange store.

This is a breathtakingly scenic part of the region and the non-golfer is well catered for with plenty to see and do, from wine estates and walking trails, to taking a dip in the hotel swimming pool or just having a leisurely stroll around the grounds.

Golfers wanting more than an overnight stop-over can also use the Drakensberg Sun as a base from which to drive to Gowrie Farm (two-hour round trip) and-or Bosch Hoek, though the latter features as a staging post in the return leg of our journey.

Stage two took us past Pietermaritzburg, down to the coast of KwaZulu-Natal and then south to the Wild Coast Sun resort (WCS).

Geography buffs pondering why I would even mention this resort in a KwaZulu-Natal context are right to wonder, as the WCS is in the Eastern Cape. However, its being only five minutes from Port Edward with East London a seven-hour, 600km-plus drive to the south, this resort has become an adopted part of KwaZulu-Natal’s golfing family.

WCS’s emphasis is on family entertainment and is a real beach-style resort with all the associated fun of sun, sea and sand. If the Indian Ocean is not “wet” enough, the extensive Wild Waves Water Park will keep youngsters entertained for hours.

The golf course, always one of my favourites, was in its usual good shape, especially considering the time of year. WCS also offers golfers an ideal base camp from which to explore the south coast’s other fine courses, including Selborne and Port Shepstone, which can also be played on the drive down, and San Lameer and Southbroom.

After spending three very comfortable nights hosted by Irvin Shange and his team of Sandi Berger, Benjamin Leonard and Fred Beaver, we set off back towards the Southern Sun Elangeni & Maharani on Durban’s beachfront. It had been 31 years since I drove from the south coast to Durban and I got straight to the Elangeni with no GPS assistance, so at least the old hippocampus is still working. The Maharani was still “hibernating” from the lockdown, but the Elangeni section of what has now been combined into one big hotel (700-plus bedrooms) was operational. Wayne Smith, the unit’s GM, was hopeful that Durban would enjoy a good December season and concurred that reopening the international borders was another step in the right direction.

Smith also observed that golfers have always been a target niche for this hotel. In broader tourism terms, he said the whole industry needs to get back to operational norms as soon as possible, because the various layers of the sector are so highly interdependent.

Records are being broken because of the pandemic, not all of them deserved
Sport
10 months ago

JOHN COCKAYNE: Even in bad times, days of shotgun marketing are over