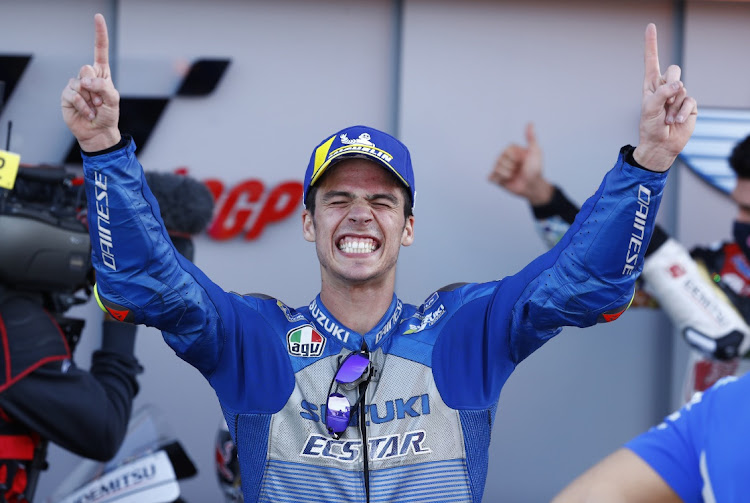 Bengaluru - Suzuki’s Joan Mir edged out teammate Alex Rins to claim his maiden MotoGP victory at the European Grand Prix in Valencia in Spain on Sunday, extending his lead at the top of the world championship standings.

Starting fifth on the grid, Mir moved up to second inside the opening three laps before overhauling Rins with 11 laps remaining at Ricardo Tormo Circuit.

Mir absorbed the pressure from Rins to become the ninth different winner of the 2020 premier class season, while pole-sitter Pol Espargaro took the final podium spot on his KTM.

After getting on the podium in five of the previous six races, Mir’s victory has made him a heavy favourite to become world champion and end Marc Marquez’s four-year reign.

“I feel super happy. This is what I was missing and it comes at the perfect moment,” Mir, 23, said. “The team did an unbelievable job this weekend and I felt really good with the bike.”

Petronas Yamaha’s Fabio Quartararo started 14 points behind Mir in the title race but the Frenchman went down on the opening lap along with Aprillia’s Aleix Espargaro. Quartararo, the only rider to win three races this season, was able to remount and finish 14th but his title hopes are all but over, with the gap to Mir now 37 points.

Italian great Valentino Rossi, who missed the last two rounds due to a positive Covid-19 test, pulled out on lap five due to a mechanical failure in his factory Yamaha bike.

His teammate Maverick Vinales, forced to start from the pit lane after Yamaha exceeded his engine allocation, finished a disappointing 13th to drop down to fourth in the title standings.

The championship continues in Valencia next weekend and another podium finish for Mir would see him crowned world champion.