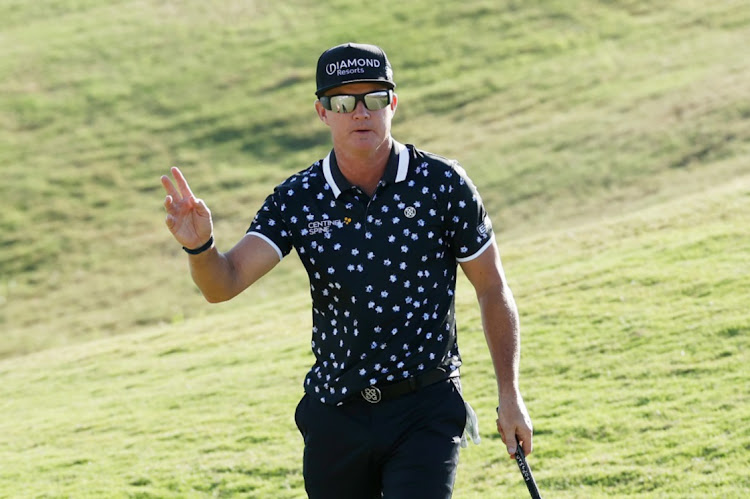 Brian Gay of the US during the final round of the Bermuda Championship at Port Royal Golf Course on November 01 2020 in Southampton, Bermuda. Picture: GREGORY SHAMUS/GETTY IMAGES

Los Angeles — Brian Gay rolled in a long birdie putt on his first extra hole to win the Bermuda Championship on Sunday and return to the PGA Tour winner’s circle for the first time in seven years.

The 48-year-old came from behind to defeat fellow American Wyndham Clark, who at one point enjoyed a three-stroke lead in the final round, and earn his fifth Tour victory.

Gay kicked his game into gear down the stretch and finished it off with back-to-back birdies on the 18th hole at the seaside Port Royal Golf Course.

Clark saw his birdie attempt on the first hole of the playoff sail past the hole and the hard-hitting 26-year-old will have to wait for another day to notch his first victory on the Tour.

Gay was in disbelief after carding a closing round 64 to finish the tournament 15-under 269.

“This is absolutely insane,” said Gay. “I always knew that I’ve got the game to compete out here, but it’s easy to doubt yourself,” he said. “These players are so young, a lot of them are my daughter’s age. It’s pretty unbelievable.”

The tournament was the first PGA Tour event to allow fans since the onset of Covid-19, which forced the Tour to suspend play in March before returning in June. Gay said the pandemic had thrown him off his game but he was beginning to find his rhythm again.

“I’ve been playing awful since Covid. It has been a struggle,” he said. “But I’ve been working hard to get back.”