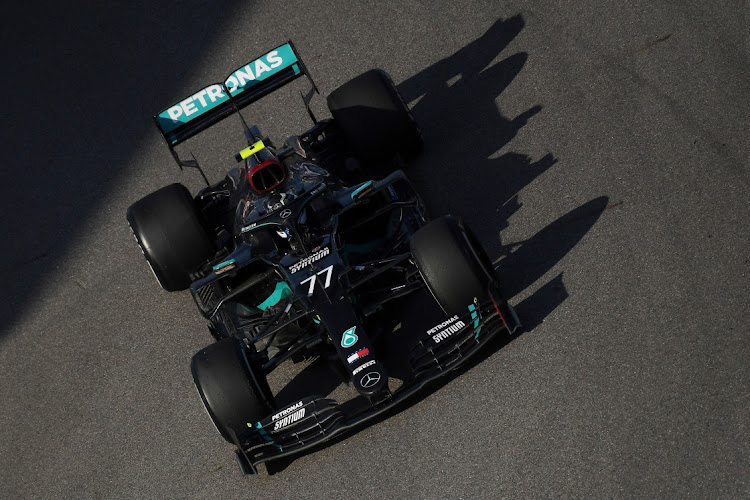 London — Lewis Hamilton is closing in on a seventh Formula One championship but his dominant Mercedes team should get there first at Imola on Sunday.

No team has won seven constructors’ titles in a row but Mercedes may not need another point to make history at an Italian circuit making its return to the calendar for the first time since 2006.

Mercedes shares the record streak with Ferrari, which won six in a row from 1999 in a golden era for the Italian team when seven-times champion Michael Schumacher was at his peak.

Mercedes are a hefty 209 points clear of second-placed Red Bull in the standings and after Sunday’s 13th round of the season there will be four races, and a total of 176 points, remaining to be won.

That means Hamilton, winner of a record 92 races with eight victories so far this season, or teammate Valtteri Bottas need finish only fourth for Mercedes to add another title to the sequence even if Red Bull finish one-two.

Red Bull must score 34 points more than Mercedes to spin things out to the following race in Turkey, where Hamilton could wrap up his own championship battle if things go his way on Sunday. The Briton is 77 points clear of Bottas going to a circuit, named after Ferrari founder Enzo and his son Dino, where neither have raced previously in F1.

Imola will also always be remembered for the dark weekend of 1994 when Brazilian triple champion Ayrton Senna and Austrian Roland Ratzenberger died after crashes.

“It’s a track with lots of history but one that the Mercedes works team has never raced on before, so there are quite a few unknowns heading into the race weekend,” said team boss Toto Wolff.

The third race this year in Italy, another first, will be behind closed doors after the Covid-19 pandemic forced promoters to scrap plans to allow 13,000 spectators a day.

The race weekend will run to a two-day format, with no Friday practice but an extended session on Saturday before qualifying. The novelty of that was slightly diminished by the recent Eifel Grand Prix at the Nuerburgring also effectively becoming a two-day event when bad weather ruled out any running on the Friday.

Kimi Raikkonen, the most experienced driver in F1 history, was around last time Imola was on the F1 calendar but others have raced there in junior series. McLaren’s Lando Norris, who was only six years old when Raikkonen finished fifth for the same team in 2006, raced at Imola in Italian Formula Four.

“It was an amazing track, so I’m looking forward to seeing what it’s like in a F1 car,” said the Briton. “With it only being a two-day race weekend, it’ll definitely make things interesting by missing out on two free practice sessions. Hopefully my previous experience there will give me a helping hand on Saturday and Sunday.”

Hamilton and Mercedes set sights on records in Portugal

Positive virus test at Mercedes a concern for Lewis Hamilton