British driver becomes most successful in Formula One 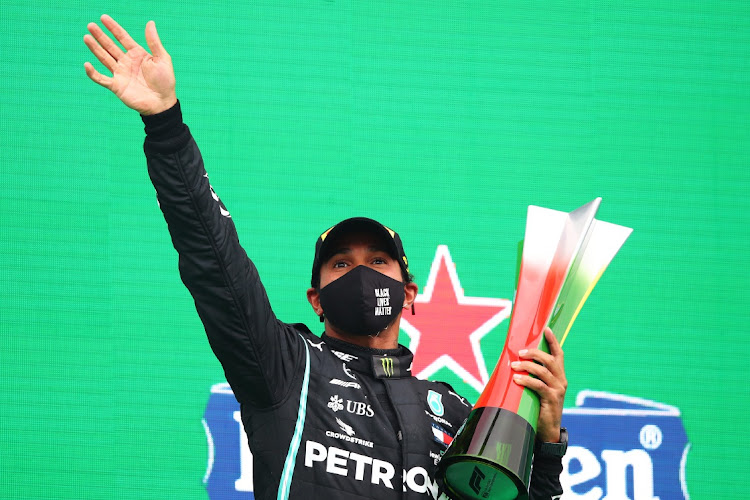 London — Six-times world champion Lewis Hamilton became the most successful Formula One driver yet in terms of race wins on Sunday with a dominant 92nd career victory at the Portugal Grand Prix.

The Mercedes driver, who took the chequered flag a huge 25.592 sec ahead of second-placed teammate Valtteri Bottas, had equalled Ferrari great Michael Schumacher’s record 91 wins at the previous race at the Nuerburgring.

Victory, along with a bonus point for fastest lap, stretched the Briton’s championship lead over Bottas to 77 points with five races remaining.

“You are rewriting the history books,” Mercedes told Hamilton over the team radio, with team boss Toto Wolff adding: “Lewis, 92. 92.”

“I owe it all to these guys here and back at the factory,” said Hamilton. “It’s just been such a privilege working with them,” added the Briton, who was joined on the podium by race engineer Peter “Bono” Bonnington.

“Today was tough but it was all about temperatures.”

Dutch youngster Max Verstappen finished third for Red Bull at the Algarve circuit near Portimao that was hosting the country’s first Grand Prix in 24 years.

Hamilton lapped all but the three drivers behind him but it had not looked so simple at the start when he dropped to third from pole position on a lively opening lap with occasional rain complicating matters.

Bottas, who had gone ahead, was then passed on lap two by McLaren’s Spaniard Carlos Sainz, who had started seventh on the soft tyres, with the Mercedes pair struggling to get heat into the medium rubber.

Verstappen had meanwhile dropped to fifth after tangling with Racing Point’s Sergio Perez, who pitted and dropped to last but recovered to finish seventh. Bottas retook the lead on lap six as the tyres fired up, with Hamilton moving up to second, and stayed ahead until his teammate overtook him on lap 20 to lead for the first time since the opening lap.

Hamilton, whose father was at the circuit to see his triumph, reported cramp with seven laps to go but then proceeded to set a series of fastest laps.

“I could never have dreamed of being where I am today,” he said after his eighth win of the season and 71st since he joined Mercedes. “I didn’t have a magic ball when I chose to come to this team and partner with great people, but here I am and what I can tell you is I’m trying to make the most of it every single day.

“It’s going to take some time to sink in. I was still pushing flat out coming across the line.”

Bottas said he just had no pace. “I was pushing hard but couldn’t go faster,” complained the Finn.