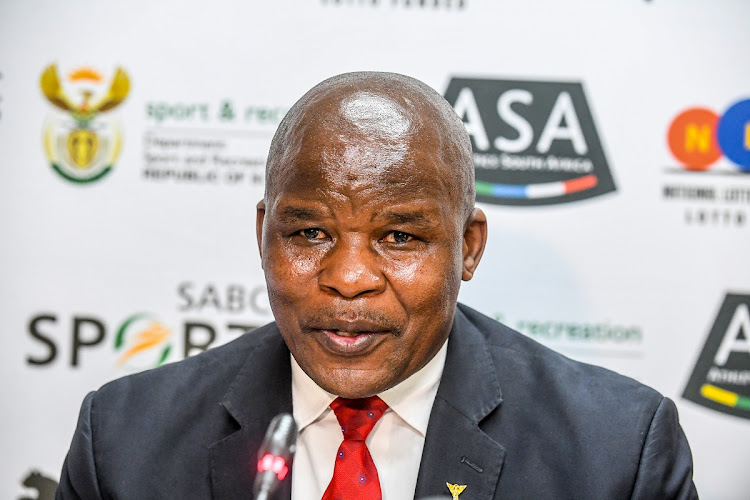 The IOC and IPC told Sascoc last week to halt the action or face “further measures”.

But addressing parliament’s portfolio committee on sport‚ Sascoc acting vice-president Skhosana made comments to suggest they were prepared to defy the two mother bodies.

“We have lodged a dispute and the matter is going for arbitration because we don’t want a legal precedent‚” Skhosana said. “When we are out of Sascoc people will say these things happened during our time and we didn’t do anything. We are proceeding with that against our wish.”

DA committee member Tsepo Mhlongo suggested the individuals involved in the Sascoc stand-off should return next week to discuss the issue further.

Though this suggestion was adopted‚ it remains to be seen if that will satisfy the IOC and IPC‚ especially considering how Skhosana criticised veteran administrator Sam Ramsamy‚ who was appointed by the two international bodies to facilitate the overdue Sascoc elections‚ which are due on November 7.

Skhosana has accused Ramsamy of saying one thing one day and then doing something different the next.

The IOC and IPC have stood behind Ramsamy thus far. In their joint letter to Sascoc‚ they were adamant the matter needed to be dropped or there would be consequences.

“Consequently‚ this legal action has no objective reason to be pursued‚ and we are calling upon all members of Sascoc to act responsibly and in good faith‚ and simply respect and implement the sovereign and democratic decisions of the general assembly ...

“We sincerely hope that everyone will support this approach and that any parallel action aimed at disrupting this [election] process will be withdrawn without any further delay‚ failing which the IOC and IPC will reserve the right to take further measures.”

The “Sascoc Five” argue that the item was not on the agenda issued by Sascoc but only on a second agenda issued by Ramsamy. According to them‚ the discussion and vote were unconstitutional because they were not on Sascoc’s version of the agenda.

It is believed that the item‚ proposed by Hendricks’s Gauteng Sports Confederation‚ was submitted on time but Sascoc failed to place it on the agenda.

Skhosana‚ the president of Athletics SA‚ also took a swipe at Hendricks‚ who was at the meeting‚ as well as the Sascoc general assembly‚ claiming they did not care about the Sascoc constitution.

The majority of federations had planned their strategy ahead of the SGM‚ but Skhosana spoke about their co-operation as if it were a bad thing.

The board’s plan before the IOC and IPC letter was to proceed with arbitration‚ even if it was unopposed‚ which it surely will be.

Even with Hendricks returning to the board after the SGM‚ the Skhosana block of five still has a majority‚ with only three other members available. They are IOC representative Anant Singh‚ IPC representative Debbie Alexander and athletes’ commission chair Natalie du Toit.

There are six vacant spots on the executive because of resignations and retirements.

VINCE VAN DER BIJL: Bringing back honour, transparency and excellence to our cricket

How to transform the sport throughout SA into a dynamic force, diverse yet inclusive
Opinion
8 months ago