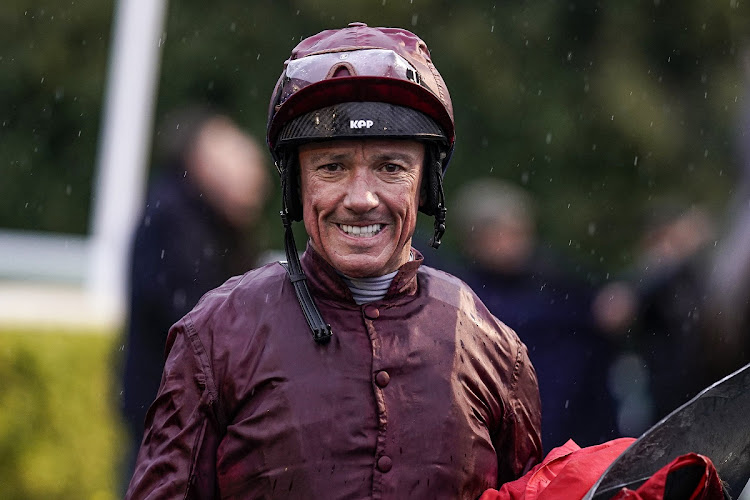 The French will say j’dore. There is no love lost between them and Britain and in the last two big races of a fragmented European season, they have put the UK’s champion trainer John Gosden and jockey Frankie Dettori to the sword.

The animosity between the two countries goes back centuries. They were allies during World War 2, but their conflict dates back to 1815 when Napoleon was defeated at the Battle of Waterloo.

In the first of the two grade 1 races in October, the prestigious Prix de L’Arc De Triomphe — Europe’s richest event — was expected to be a fairytale ending to the remarkable career of Gosden’s six-year-old mare, Enable.

While this column warned this is a race the French like to keep on home soil, punters waded in and Enable started as a heavily backed odds-on favourite.

Her legion of supporters is a surprise as she has never mounted a challenge against the leading French hope, Sotsass. A decision to retire Enable to stud was made a few days later.

And then last Saturday, Ascot hosted the Qipco Champions meeting and once again Gosden and Dettori were expected to play a leading role, this time with unbeaten Palace Pier in the Queen Elizabeth Stakes.

Though he did finish third, Palace Pier never got a blow in against the French raider The Revenant, who had finished second in this grade 1 race 12 months ago.

“This has been the plan since he was second last year. I had him ready to run in the spring, but when the lockdown came I decided to send him out to grass and he had a good spell,” said winning trainer Francois-Henri Graffard.

Winning jockey Pierre-Charles Boudot was “over the moon” with his first grade 1 victory in the UK and said he was always travelling sweetly behind Ryan Moore’s mount, Circus Maximus. His jockey’s percentage will have made him even happier as the first prize was worth £368,615.

What will concern backers of Palace Pier is that he was found to have blood in his mouth on arrival at the start. The colt was examined by a veterinary surgeon but passed fit to race.

This information was never disclosed to TV viewers and, if it had been, it is likely many punters would have kept their money in their pockets.

After the race, Dettori was more upset by the fact that Palace Pier lost a shoe during the run.

“Obviously you can’t win a race with three wheels. Everything you need is geared around coming back on all four.”

It was a trophyless meeting for Gosden and Dettori as Stradivarius — back in action after finishing seventh in the Arc — also failed to justify his favourite status in the Champion Long Distance race.

Gosden blamed Stradivarius’s poor showing on the heavy ground and suggested the meeting should have been held on the new course.

“The problem on the old course is that when they went down the hill into Swinley Bottom, they’re going in deep and it just pulls on them.”

Ascot spokesperson Chris Stichels commented: “It’s always in the back of our mind as a contingency [to switch courses] in the event of the meeting being under threat or the track being waterlogged. There wasn’t sufficient rain in the forecast to worry us.”

The French also made a bold bid to win the Champion Stakes with Skaletti, who finished a creditable second behind William Haggas’s runner Addeybb. The victory crowned an excellent year for the winner, who also won a grade 1 race in Australia.

De Kock signals he can challenge Tarry and Snaith for title

First real test for colt who cost R4.4m as a yearling

His achievements on home soil are a far cry from his Hong Kong nightmare where he went 140 rides without a winner.
Sport
11 months ago
Next Article