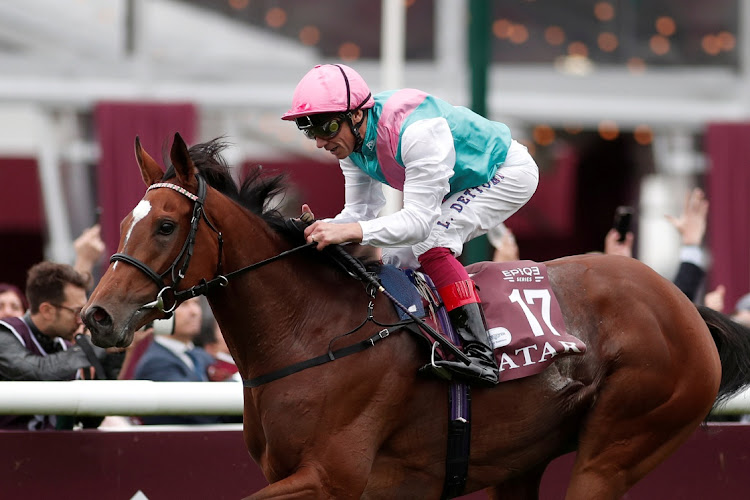 “She really touched my heart,” was the reaction of world-renowned jockey Frankie Dettori on learning the decision had been made to retire superstar mare Enable.

It is an understandable response from the 49-year-old who piloted trainer John Gosden’s star to 11 of her 15 wins. Her career record shows a total of 15 wins from 19 starts, 11 grade 1 victories and stake earnings of £10.7m: some career to reflect on during a weekend of records in two other sports, tennis and Grand Prix racing.

“She is the horse that I’ve loved most in all my career. She really touched my heart and I’m pleased she bowed out of the sport in one piece,” Dettori told reporters.

“It’s been an amazing journey for the last three-and-a-half, four years. The Arc [de Triomphe race] this year unfortunately didn’t work out. It was the worst performance of her career so I’m not surprised at the decision. She owes nobody anything — she’s been an absolutely super mare,” Dettori said.

In a statement for owner Khalid Abdullah, Juddmonte CEO Douglas Erskine Crum said: “After consulting her trainer, John Gosden, and racing manager Teddy Grimthorpe, Prince Khalid has decided that Enable will be retired from racing and will now join the Juddmonte broodmare band to be covered by Kingman in 2021.”

Said Gosden: “Enable has retired happy and sound after an extraordinary career. We all here at Clarehaven stables have been very fortunate to be with her for the past five years and to appreciate her strong character and athletic prowess.

“Her daily presence has been a joy and her record in grade 1s, including four Oaks, three King George and Queen Elizabeth Stakes, two Arcs, an Eclipse and Breeders Cup Turf, is a marvel and unprecedented. We look forward to visiting her nearby in her new career,” Gosden said.

If Dettori and Gosden might have thought they can now take their foot off the gas, but both know that is not going to happen this week with huge prize money up for grabs at the Qipco Champions meeting at Ascot on Saturday.

In the Queen Elizabeth II Stakes — with a first prize of £368,615 — Dettori and Gosden team up with unbeaten Palace Pier, who bids to extend his winning run to six after victories in the St James Palace Stakes at Royal Ascot and the Prix Jacques at Deauville.

Both 2000 Guineas victor Kameko and Circus Maximus may take on Palace Pier, but the Gosden inmate may have most to fear from the French raider The Revenant. Top French jockey Pierre-Charles Boudot has been booked for the ride.

In the Qipco Champion Stakes — worth £425,325  to the winner — Dettori and Gosden will be hoping for a big payday with French Derby winner Mishriff. It is possible that one of his rivals could be Aidan O’Brien’s top filly Magical.

International owner Bjorn Nielsen, who had a runner at Durbanville on Tuesday, will be hoping his champion stayer Stradivarius caps a successful season with victory in the grade 2 Long Distance Cup. The six-year-old is another top mount for Dettori.

The field for this staying contest — worth £170,130  to the winner — includes Irish St Leger winner Search For A Song and Doncaster Cup victor Spanish Moon.

Top jockeys look set to have the 1,200m race between them on Captain Morisco and Spanish Boy at Turffontein
Sport
11 months ago

John Gosden hints Enable may not be retired after Arc defeat

Heavy rain in Paris opens up the L’Arc De Triomphe

John Gosden hints Enable may not be retired after Arc defeat

Heavy rain in Paris opens up the L’Arc De Triomphe