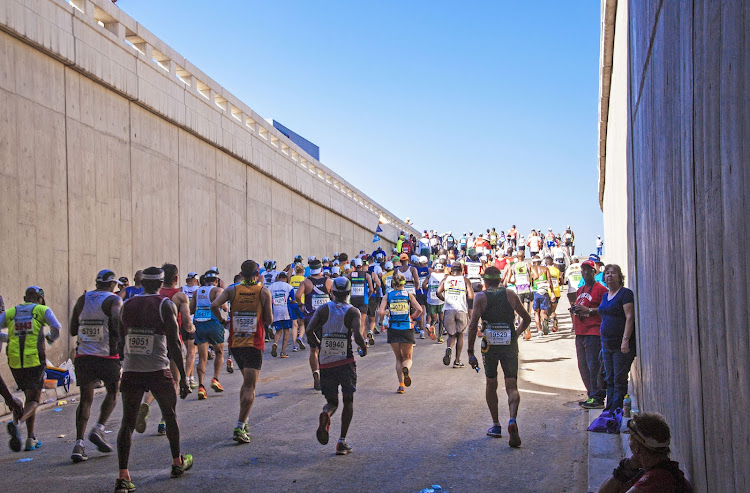 The centennial Comrades Marathon will take place on its original date, June 13 2021, and not in September as has been widely speculated.

Athletics SA president Aleck Skhosana says they have had a meeting with the Comrades Marathon Association (CMA) and told them that a change of date was not advisable.

“We have a set athletics calendar that has worked best over the years. We have told them that while we understand the impact of the Covid-19 pandemic‚ we don’t believe changing things around is the way to go.”

Like most athletics events‚ the 2020 Comrades Marathon was cancelled and the CMA‚ in their quest to ensure the centenary event of the race between Durban and Pietermaritzburg went ahead‚ were toying with the idea of a September date lest the pandemic has not fully dissipated by June.

But a change of date for the famous ultra run‚ given its popularity‚ would affect the dates of other road races and athletics events. Thus the CMA, who had asked for a September date when they applied to KwaZulu-Natal Athletics for 2021’s calendar, will revert to the original June 13 date.

Skhosana‚ who confirmed they have asked permission from government to resume athletics activity in November‚ said the sport’s governing body would prefer that the status quo remained for 2021.

“There’s a 2021 calendar that has to be approved [by ASA] and it will then go to government for approval. Once we have the go-ahead from government‚ we will release the calendar.”

Skhosana said the resumption of athletics in November will happen under strict observance of government rules and protocols. He warned against overexcitement that the sport is back.

“The main reason for the stoppage of athletics in its entirety in March was for the safety of everyone involved. It is therefore important that we abide by the rules and we have applied to government for permission in terms of the numbers that would be allowed to participate in the events that will be taking place.”

He said there would be a zero-tolerance policy to non-compliance.

“While we will allow for events to go ahead‚ if race organisers and athletes do not abide‚ we will not think twice about cancelling or stopping them‚” Skhosana warned.

He would not say which of the events will take place, but it is believed only those that were originally scheduled for November/December in the 2020 calendar are being considered.

“We have received those races and tournaments that must go ahead and we will submit to government for approval in terms of the numbers and how they should go ahead.”

For road running‚ the popular Soweto Marathon as well as the KaapseHoop Marathon in Mbombela are in the mix but both are unlikely to go ahead.

The KaapseHoop organisers had opened up registration but later announced the race could not go on as normal but rather as a virtual one.

Disappointment all round as Comrades is cancelled

Decision taken to protect the health and safety of all concerned, says Athletics SA
Sport
1 year ago