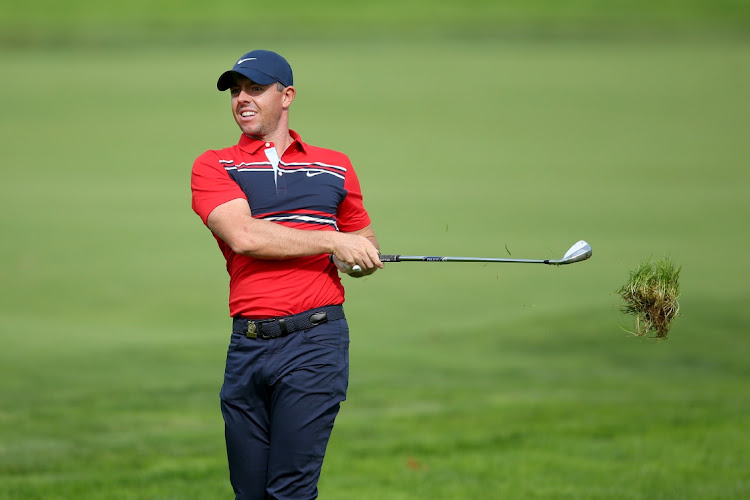 Rory McIlroy hits from the rough along the eighteenth fairway during a practice round for the 2020 US Open golf tournament at Winged Foot Golf Club in Mamaroneck, New York, USA, on September 14 2020. Picture: USA TODAY Sports/Brad Penner

Toronto — Playing his first Major as a dad, Rory McIlroy brings a new perspective with him to this week’s US Open, saying on Tuesday that smelly nappies now require more immediate attention than stinky results.

“I actually changed the first two diapers, so I’m very proud of that,” said Northern Irishman McIlroy, sounding as if he had just aced the par three seventh at Winged Foot Golf Club, the site of the 2020 US Open.

Diaper duty is just one of the new skills McIlroy has had to work on since the August arrival of his daughter, Poppy, who has brought perspective to someone once consumed with winning trophies.

A four-time Major winner, McIlroy has not won one of golf’s big prizes since the 2014 PGA Championship and is without a tournament win of any sort since the World Golf Championship HSBC Champions in November 2019.

Even though McIlroy is a former US Open winner, that victory was in 2011 and in the last four years he has missed the cut three times. It was those disappointing performances that McIlroy carried around with him long after the tournament was over but now, coming home to a daughter’s smile, he is learning there is more to life than birdies and bogeys.

“I think it just puts things in perspective a little bit,” said McIlroy, about having a child. “It makes the hard days a little easier to get over, right.

“And I’m not saying that I want to have hard days to get over, but you’re a little more relaxed.

“When I say it’s not the be-all and end-all, it’s a major championship and I’ve grown up my whole life dreaming of winning these tournaments, and that’s not going to change.

“Maybe something that I haven’t done so well in the past is I haven’t left my job at the office … I’ve brought it home with me, and I’ve let it affect my mood and how I am.”

World No 1 Johnson aims to keep flying at Winged Foot

World No 1 Rory McIlroy heads strong field in Fort Worth

World No 1 Rory McIlroy heads strong field in Fort Worth